Well, it’s official. We can finally say it: Timo Werner is a Chelsea player. After several weeks of ongoing negotiations, the Blues have finally confirmed the signing of the 24-year-old from RB Leipzig.

Werner will join the club in July, subject to a medical, and the world-class striker will shore up manager Frank Lampard‘s attacking options for next season.

If reports are to be believed, Lampard and Chelsea are not done yet, as Chelsea are also targeting Leverkusen’s Kai Havertz and Leicester’s Ben Chilwell.

What is clear is that Werner will have a significant impact on the Blues’ forward line. What remains unclear, however, is how.

The German is capable of playing several positions. He can play as a lone center-forward, on the wing, or as a striker in a front two.

For Leipzig, he has mostly played up top in their preferred 4-2-2-2 formation, shining when partnered with the 1.93m target man Yussuf Poulsen.

However, for the German national team, he has largely played as a lone striker, and he has appeared in the World Cup, UEFA Nations League, and even the Confederations Cup, where he was awarded the Player of the Tournament.

Werner has also played on the left-wing for Germany, as he often relies on his pace and trickery to get behind the opponent’s defensive line, traits which make him a great winger, along with a reliable threat in behind.

His versatility raises the question of where he will mainly be deployed at Chelsea. There are a few different options, and all of these have different impacts on different players.

In the event that Werner starts as the striker in a 4-3-3 or a 4-2-3-1, which have been Lampard’s preferred formations this season, it could spell bad news for Tammy Abraham.

The young Englishman has had a breakout year, cementing his place as Chelsea’s first-choice striker, even winning Player of the Year at the London Football Awards. But now with Werner’s arrival, could that place be under threat?

The 22-year-old is holding off on signing a new contract at the moment, possibly because he is waiting to see what will happen to his playtime next season.

If Abraham is relegated to a regular bench role, it will force him to reconsider his future, and Chelsea may lose a very promising gem.

Another big option for Werner is to start on the left-wing. As a center-forward, he makes many runs out wide from the middle and spends lots of time near the touchline, so you get the sense that he would slot in seamlessly to that position.

The presence of another striker like Abraham gives him a big man to play off of, and his ability to cut inside and score from the wing position would give Chelsea an added boost.

While this option would guarantee Abraham more playing time, it would decrease that of Christian Pulisic and Callum Hudson-Odoi. Both natural left-wingers, they are expected to compete for the starting role next season. 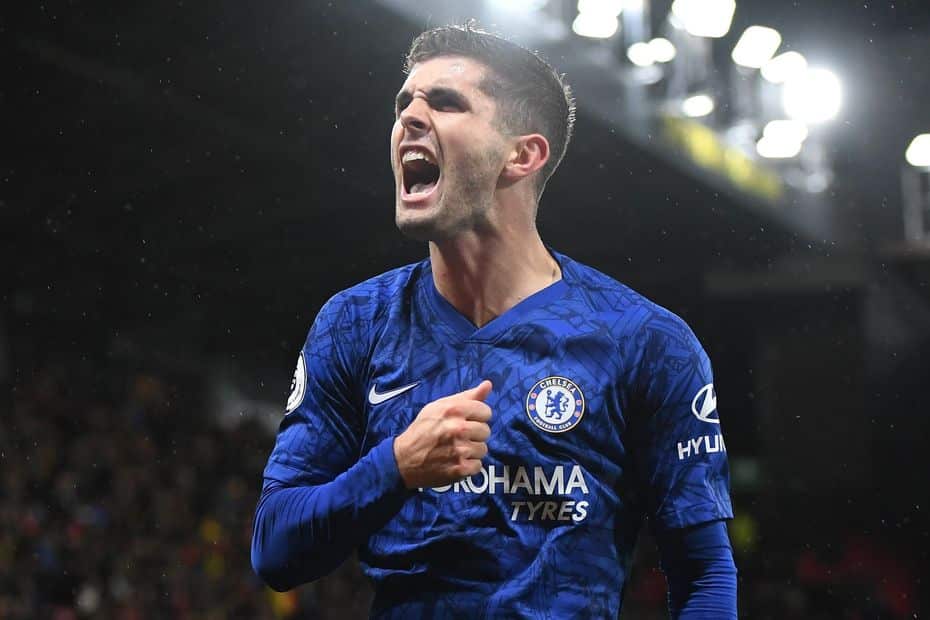 Both are excellent, promising youngsters who are very important to the Blues’ future, but with fellow summer signing Hakim Ziyech likely occupying the right-wing or attacking midfield position, where will the two play if Werner starts on the left?

The answer is simply that they will play less. They will be rotated more often, get more time in other positions, but neither of them will be able to lock down a starting role.

With both Willian and Pedro leaving after this season (or even during this season possibly), Pulisic and Hudson-Odoi will be two of the club’s most important offensive threats, so their playtime must be ensured much like Abraham and Werner’s.

On paper, partnering Werner and Abraham up top seems like the best idea. Werner has shown that he plays best with a strike partner, and their games complement each other perfectly.

While Abraham is a more direct target-man with excellent poaching ability, he lacks the pace and trickery of Werner. The German playing off the Englishman would suit both players to a tee, and they would both improve because of it.

However, playing a 4-2-2-2 like Leipzig presents a few issues.

For starters, it means that the wingers will have to track back far more often to balance out the extra man left upfield, which reduces their attacking impact.

It also means playing only two central midfielders, which can cause the club to lose the critical midfield battle. And with the club having such a wide array of talented midfield options, it is a position to prioritize, not take away from.

What Is The Most Likely Scenario?

In all likelihood, it will be a combination of all three.

Since Chelsea will have so many attacking options next season, plus potentially Havertz, rotation will be key all throughout the season.

After all the money club owner Roman Abramovich will be putting in this summer, especially in light of the Coronavirus-induced financial crisis, he will be expecting to challenge Liverpool for the title within a few years.

At the moment, Abraham is too inconsistent to lead a title-challenger. By the same token, Pulisic and Hudson-Odoi have shown flashes, but have been unlucky with injuries this season.

Most of Chelsea’s core is now under 30, and the squad as a whole is getting younger, so inconsistency from recently-promoted players has to be expected.

On the other hand, Werner is a proven goalscorer, the kind that Stamford Bridge hasn’t seen since Diego Costa, and before that, the legendary Didier Drogba.

The arrival of a man who has 26 goals this season in the league alone will put pressure on everyone else to be at their best.

This season, Abraham has been the undisputed first-choice striker, but if his starting role is under threat, the competition will force him to up his game.

The newfound competition will hopefully bring him the consistency he has been sorely lacking and will serve to benefit all parties. Not to mention that when they play together, they could be deadly.

Similarly, Pulisic and Hudson-Odoi have not quite established themselves as starters yet, and now with the competition getting fiercer, they will need to give their all to prove they deserve a chance.

With a proven scorer who will more often than not finish what you create, the wingers and attacking midfielders at the club can also expect to see a rise in their assist tallies.

Lastly, while it is unlikely Lampard will start using a 4-2-2-2, it’s certainly possible on occasion.

For one, he’s never had two starting-caliber, complimentary strikers on his Chelsea team.

He is also reportedly planning to build his team around Werner, which could mean considering a change in tactics to get the best out of his new star striker.

Naturally, the Premier League has very different game plans, skill levels, and tactical planning, so Lampard will rotate based on the opponent as well.

No player wants to sit on the bench, so every squad member will be pushing each other constantly and giving their all in every situation, which is every manager’s dream.

That’s the benefit of having so many youngsters: they are motivated, eager to improve, and will stop at nothing to show they belong, especially academy graduates.

With Ziyech, Pulisic, Hudson-Odoi, etc. supplying players like Werner and Abraham, led by a charismatic, admirable figure such as Lampard, the future certainly looks bright at Stamford Bridge. 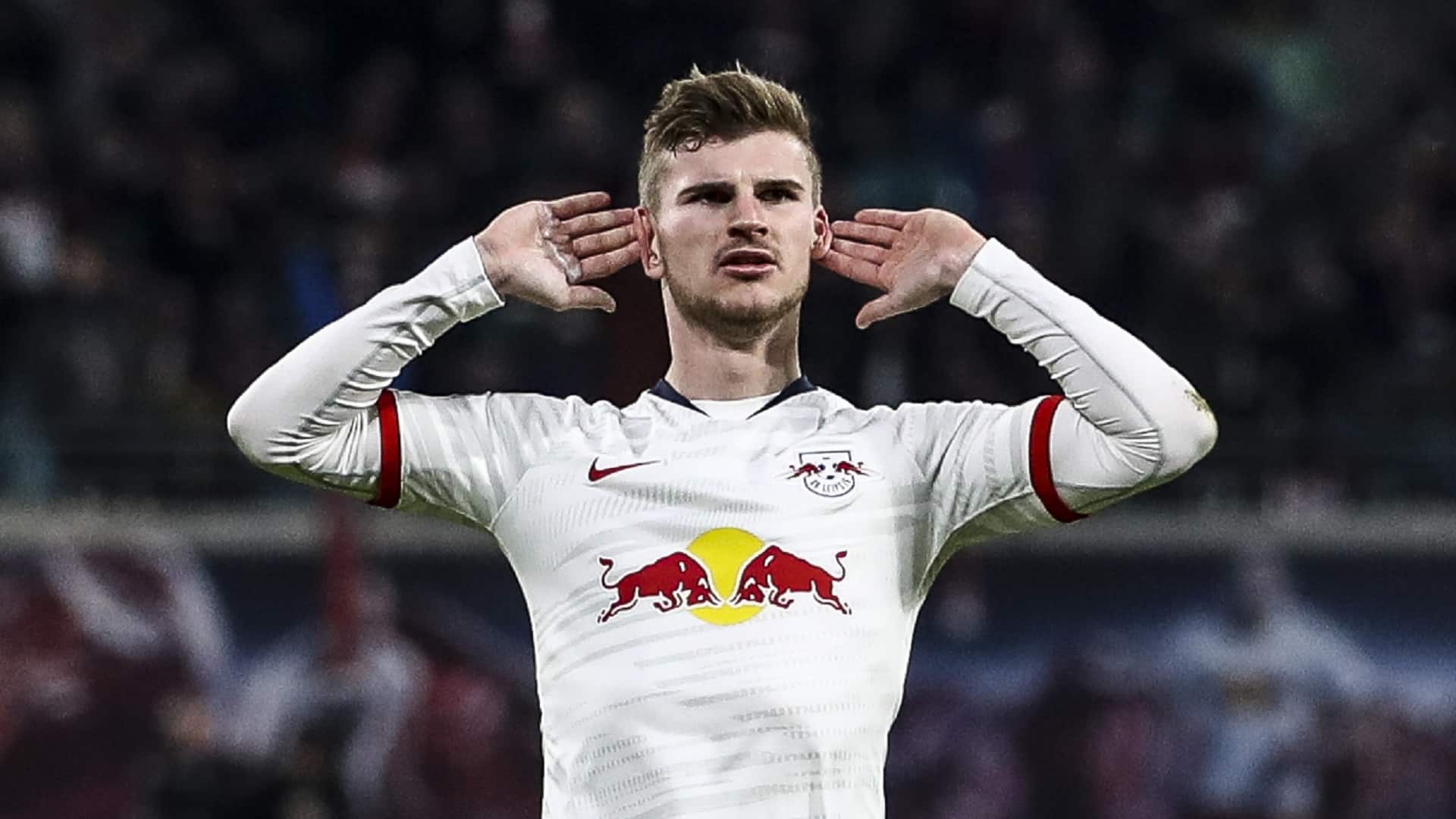