Last Sunday’s Carabao Cup final between second-placed Liverpool and third-placed Chelsea substantiated the dominance that the elite teams occupy over the EFL Cup.

Liverpool defeated Chelsea 11-10 on penalties in an excruciatingly tense penalty shoot-out.  Their triumph secured a record-breaking 9th League Cup, the most of any English side.

Before Sunday’s final, we were guaranteed a new winner for the first time in 5 years since Manchester City, reigning champions and winners of the last 4 trophies, were knocked out on penalties in Round 4 of the competition.  However, as Liverpool prepared to face Chelsea for the 190th time this century, it became yet another final fought for by the elite teams of the Premier League.

Compare this to the 21 years prior and fourteen different teams were victorious between 1980 and 2000. Although the League Cup was far more competitive during this period, all the champion teams, bar Sheffield Wednesday in 1991, played in the top flight of English football that season.

ALSO READ:  Liverpool lift their 9th EFL trophy after an enthralling penalty shootout, in which Liverpool were victorious winning 11-10 on penalties.
Embed from Getty Images

As football and professionalism have progressed, so too has the amount of money invested by the bigger clubs.  These investments have seen the top teams slowly pull away from the smaller ones, making it all the more difficult for them to keep up.  The gap that originally separated these sides has increased so significantly that it slowly becoming a competition, with very little competition.

The initial beauty of the League Cup, providing hope for all 92 teams across England’s top four football leagues to raise the trophy aloft, has now deteriorated into yet another competition for those of England’s elite.

Liverpool was the most successful team during this period, lifting the trophy five times, which included a four-peat from 1981-1984.  Analysing their respective final league position in these seasons, Liverpool finished top of the league three times with their worst finish being fifth.  They were the only side to have won English’s top-tier in the same year as winning the League Cup.  Far greater competition from lower positioned teams meant that no other champion team also finished first in the league.

The average final league position was 7.9th, effectively an eighth-place finish, across this period.  It also witnessed the remarkable achievements of anomalous victories for Norwich finishing 20th in 1985, Oxford 18th the following year and Sheffield Wednesday in 1991 who actually contested in the Championship (finishing third).

Manchester City, winners of six of the last nine EFL Cup trophies, have dominated this competition of late.  Liverpool’s victory last week makes them the second most successful team during this period with four trophies now to their name; followed by Chelsea and Manchester United with three each.

ALSO READ:  Liverpool lift their 9th EFL trophy after an enthralling penalty shootout, in which Liverpool were victorious winning 11-10 on penalties.
Embed from Getty Images

Compared to 1980-2000 era, the average final league position has improved by three league places, from eighth to fifth.  In addition, the trophy has been won by the top two sides in the Premier League on more occasions than in any other position.

The four teams to have been crowned EFL Champions who are not considered a part of the ‘Big Six’ finished as low as 11th with the only notable exception being Birmingham City in 2011.  Birmingham’s 18th place finished meant they became the first-ever Premier League team to win the EFL Cup and be relegated in the same season.

Although Liverpool’s triumph made a change to those of either of the Manchester clubs whose name has appeared on the trophy for the last six years, the very fact that it has travelled just 35 miles west to yet another member of English football’s ‘Elite’ demonstrates the lack of contest between all 92 competing teams. 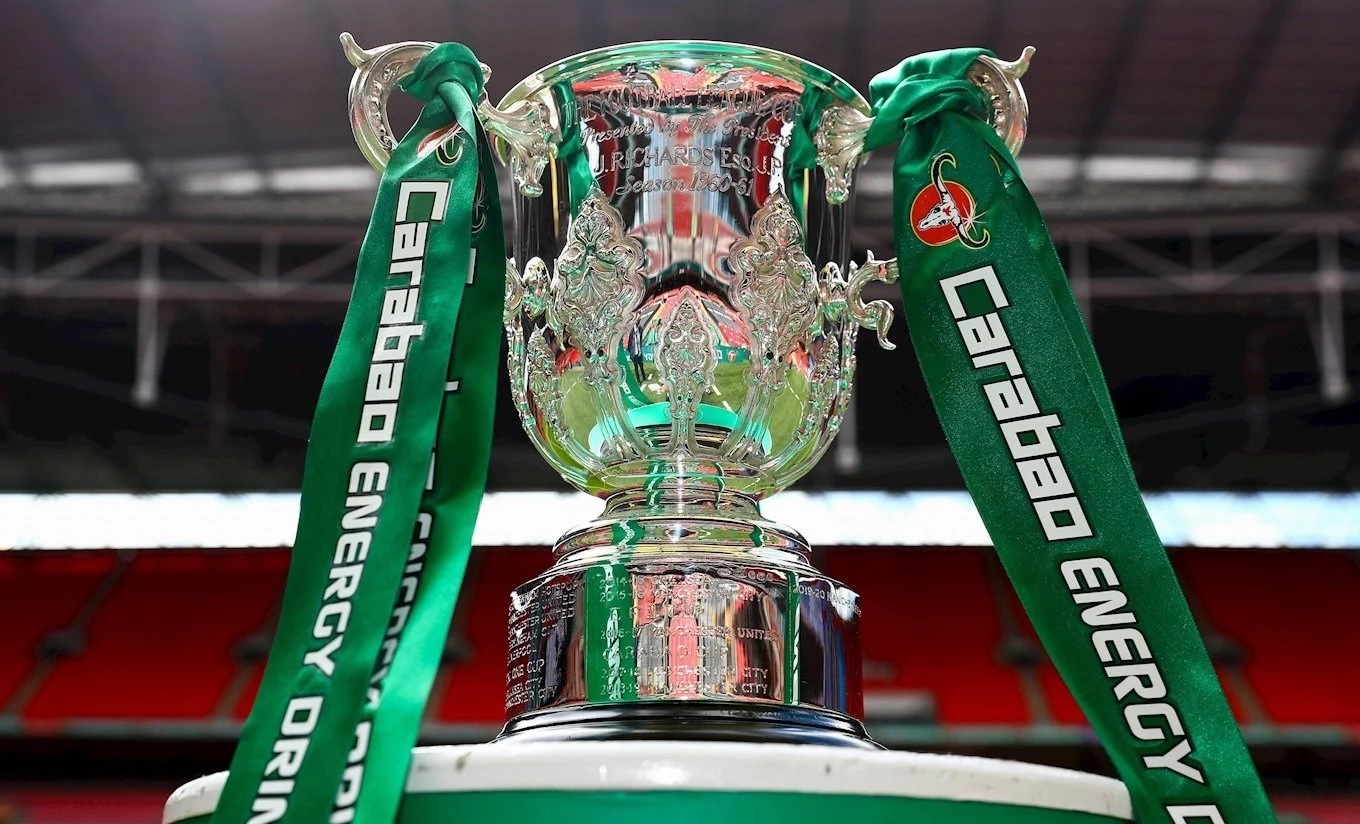