With the commencement of the 2016-17 season upon us, football fanatics are doing their homework to decide who is the right choice for their sleeper this year. In this article, you’ll see why my personal top three are right for your team.

Now, let me explain this one before anyone goes crazy. While RG3 is known for being injury prone and losing a starting job to Kirk Cousins, a lot of people seem to forget the damage he did his rookie year. In his debut season in 2012, the Heismann trophy winner threw for 3,000+ yards and 20 touchdowns, while also rushing for 815 yards and 7 touchdowns. While these numbers aren’t elite, with a receiving core that consists of Josh Gordon and Barnidge at tight end, RG3 just might look to be in the talk of top 15 QB’s, and would look to be a solid back up on your fantasy teams.

This is probably my favorite pick in this list. You might know him from Aaron Rodgers’ long Hail Mary down the field, hauled in by the big body no one knew about until then. According to Fantasypros.com, he’s ranked as the 234th best player in any draft, which means there is some good odds he might go un-drafted.

Richard Rodgers was fifth among tight ends last year for most touchdown receptions with 8, and with their main wide-out Jordy Nelson returning, he could become even more of a red zone threat. Last season, Rodgers barely cracked over 500 yards, ending with 510 for the season. While Jared Cook is an addition to the tight end arsenal, I still believe Richard Rodgers will be the number one tight end and be able to perform better than what he did last year.

With the ninth pick in the second round, the Giants landed an absolute steal in Shepard. Out of Oklahoma, the 5’10, 194 pound slot receiver is going to be mentored by another young talent in Odell Beckham Jr., where I believe the two could be an outstanding duo. Last year in Ben McAdoo’s second year as the offensive coordinator, Eli Manning threw for career bests in TD’s and passer rating, with really only having one solid target all season in OBJ.

With McAdoo as the new head coach, passing seems to be the flow of offense he’s leaning towards. While OBJ having defenses in a state of panic on the outside, Shepard can look for a good amount of receptions a game with a nice amount of yardage to compliment it. In a PPR league, Shepard is definitely a great sleeper to add to your team. 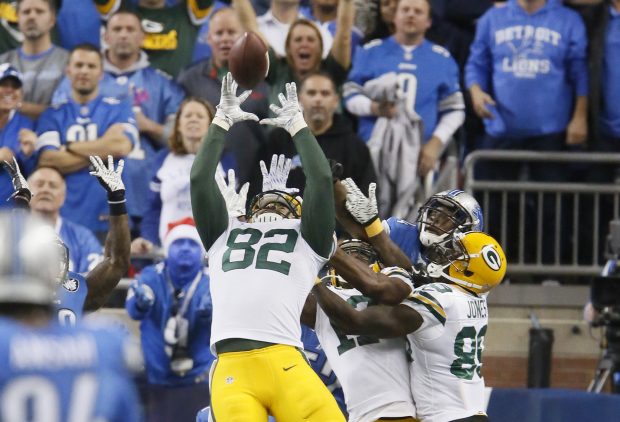