Italy knew three points would see them through to the Finals of the Nations League, but any slip up could see Netherlands or Poland pounce and steal the finals place from them. Poland led early on but the Italians netted twice to pretty much make that game meaningless, and although the Netherlands turned it around in the final fifteen minutes to take the win, Italy grabbed the victory to see them reach the finals next October.

This should be held in Italy too so they will certainly fancy their chances in that one.  Bosnia & Herzegovina are of course relegated into League B.

Belgium knew just a point from there final game against Denmark would see them through to the finals.  And they had the perfect start when Tielemans gave them a third-minute lead, and although The Danes levelled fourteen minutes later,

Belgium took control and got the victory needed to progress through to the final four in Italy next October.  The dead rubber at Wembley saw England thrash a poor Iceland side 4-0, with a brace from Foden helping them at least end this season Nations League campaign on a high. Iceland is relegated to League B after losing all six of their games in a forgettable campaign.

France had already qualified for the Finals next October but both they and Portugal still had a big say in who would fall through the trapdoor into League B for next season’s Nations League.  Croatia and Sweden both knew if they could better each other’s result they would stay up and send the other down, whereas a draw or defeat for both would see the potential of goal difference deciding their fate.

Sweden led early on in Paris and briefly was in pole position, but France fought back to lead whilst Croatia led Portugal before the visitors came back to lead.  The Croats then looked destined to gain a point until a late goal saw them lose, and although Sweden netted late on to reduce the arrears in Paris, France sealed the deal and it meant with both teams losing Sweden perished on goal difference and will play in League B next season.

Covid-19 struck for the second time in a matter of days to leave another Group unfinished after six matchdays as three of the Ukraine squad went down with the virus, meaning their match in Lucerne against the Swiss was postponed and the entire Ukrainian squad are now isolating.

UEFA are to decide what to do with this one, but for now, the relegation decider remains unplayed, although the feeling is the Swiss will be given the game as a 3-0 win and thus meaning Ukraine would be relegated to League B, but we will await the outcome in due course.

Therefore, the only match to take place in Group Two was the eagerly awaited showdown between Spain and Germany in Seville, with many predicting a close tight affair.

Germany knew a point would be good enough, whilst Spain knew they had to win, but what was to follow was predicted by anyone as the hosts totally ripped the Germans to shreds, and to be honest 6-0 flattered Germany as it could have been twelve, they were that bad, especially defensively as Spain’s carved them apart with attack after attack.

Torres netted a superb hat-trick before being taken off, and it will be Spain who joins France in the Finals next October. Joachim Loew, who has been in charge of Die Mannschaft for fourteen years now, will surely be under pressure to keep his job, only two wins in this group and a thrashing in this one without a shot on target, plus a poor 2018 world cup showing, his days must surely be numbered??

Will he oversees the side at next years Euros, only time will tell, but this was one of the poorest German sides I have seen for some time…

Onto League B now, here is who gained promotion to League A and who fell into League C…

Two showdown’s for different reasons were upon us in this group, or so we thought, but hours before the games kicked off Northern Ireland learnt of their fate as Romania was awarded the postponed tie with Norway 3-0 after Norway failed to send a side to Bucharest because of Covid and it meant that the Irish were relegated before a ball was kicked on Matchday Six, very disappointing indeed.

They did manage to pick up a point though but do drop a level to League C.  The game in Vienna saw Norway’s U21 squad travel to take on Austria with an almost impossible task of beating the Austrian’s by two goals to win promotion. Well, they came oh so close to those and led after an hour, but deep into stoppage time the hosts levelled to take their place in the top tier for the next Nation’s League campaign, but boy oh boy they were given a fright by the Norsk youngsters who should be proud of how they played.

The Scots knew a win in Israel would be enough to join the elite in League A for the 2022/23 campaign, but Israel knew a win would see them safe from the drop.  The Czech’s knew any slip up from Scotland could see them up with a win, although Slovakia knew a win themselves could keep them up and send Israel down.

The Czech’s grabbed an early lead to go top of the group, and when Scotland fell behind just before half time, they had work to do.  The Czech’s then doubled their lead and Scotland could not find the two goals needed to overhaul them in the table and it was the Czech’s who were promoted to the elite level, whilst Slovakia drop into the third tier.

Scotland was in charge of this group with two games to go and it was theirs to lose, but they lost to the bottom two in their final two games and miss out on promotion, although they do have the small consolation of the Euros to look forward to next year at least!!!

This turned out to be the most mental of final days group wise in the entire Nations League!!! Russia, Hungary and Turkey could all still win promotion to the elite level, whilst Serbia needed a small miracle if they were to stay in the second tier and send Turkey down on goal difference.

The Serbs needed to beat Russia, hope Turkey lost, and have a four-goal swing, not much to ask no?  Well, Serbia, who remember lost at home to Scotland the week before on penalties in their Euro 2021 playoff, demolished the Russian’s in the opening forty-five minutes and found themselves 4-0 up, whilst Hungary vs Turkey was goalless at the half.

It left Turkey in probably the most unique situation that if they won the game they would be promoted, but if they lost they would go down madness!!!  And sadly for them, the latter happened as they lost 2-0 to see Serbia survive incredibly and see Turkey relegated to League C, unbelievable Jeff.  Hungary were the big winners in all of this and ended up winning promotion as a result of Russia’s debacle on what was a truly mad Matchday Six in Group B3.

The Finns knew they had to win to overhaul the Welsh and gain promotion, but they were dealt a blow after twelve minutes when Uronen hauled down Harry Wilson who was about to get clear on goal, and a straight red was shown to the Finnish defender, meaning they had to play the best part of 80 minutes with a man light.

Wales took advantage and lead at the break thanks to H Wilson’s neat finish, and when Dan James smashed home a belter early in the second half, a comfortable night looked likely.

Finland though battled gamely and pulled one back through Norwich striker Teemu Pukki, and then had chances to level, but Wales did seal their promotion when Kiefer Moore headed home with six minutes left and end the Finns brave resistance.  The other game in Dublin ended goalless which meant Ireland survive and Bulgaria does indeed go down to League C.

Right let’s move on the next level, three, and League C, and see who managed to get into League B and who will contest the playout fixtures to see who stays at this level and who falls into League D…

Montenegro got the win they needed to gain promotion to League B after thrashing Cyprus in Podgorica, which in turn sent Cyprus into the playout matches to determine who gets relegated to League D.  Luxembourg end up second after their goalless draw with Azerbaijan, so had Cyprus shocked Montenegro they would have still finished bottom anyway.

Just the one goal in Matchday Six in Group C2, but it was a huge one for Armenia who saw Hambartsumyan’s goal ten minutes into the second period prove enough for them to grab the win needed to leapfrog North Macedonia and seal promotion to League B.

The other game ended goalless meaning Estonia, who were already relegated, face a playout tie over two legs to see if they stay up or go down to League D, the bottom tier.

Just the one goal in this Group on Matchday Six, and it saw Kosovo maintain their League C status, meaning Moldova go into play outs to see if they stay up or go down, whilst in the promotion decider in Athens ended goalless meaning Slovenia are promoted into League B.

Albania netted a controversial win over Belarus to win promotion to League B.  Belarus needed just a point in Tirana but found themselves 2-0 down inside half an hour, with the penalty a very harsh decision, and although they pulled one back, Albanian’s third should not have stood as scorer Manaj controlled with his left hand before smashing a decent effort in from an angle.

Belarus rallied after half time and put the hosts under a lot of pressure, but the Albanian’s held on and took a huge win and promotion to the second tier.

In the other game, Kazakhstan grabbed the lead against Lithuania to briefly go above them and survive the drop, but the visitors levelled before the break to wrestle back the initiative and then won the game deep into stoppage time to seal Kazakhstan’s fate.

Faroe Islands grabbed the point they needed in Malta to gain promotion to League C, meaning Malta, who did lead early in the second period, miss out.  And Latvia netted their first win of the season in their final game by thrashing winless Andorra at the Estadi Nacional in Andorra la Vella, meaning the hosts finish the season bottom of Group One.

In the final act of Group Two, Gibraltar grabbed the point they needed to seal promotion to League C, They lead through an own goal to give themselves breathing space, although after Liechtenstein levelled just before half time nerves would have been jangling.  But they did what they needed to do meaning the visitors missed out.

Finals qualifiers (to take place in Italy next October)

Relegated to League B (second tier)

Bosnia and Herzegovina, Iceland, Sweden, Ukraine/Switzerland (to be decided by UEFA)

Promoted to League A (Elite Tier)

Promoted to League B (Second Tier) 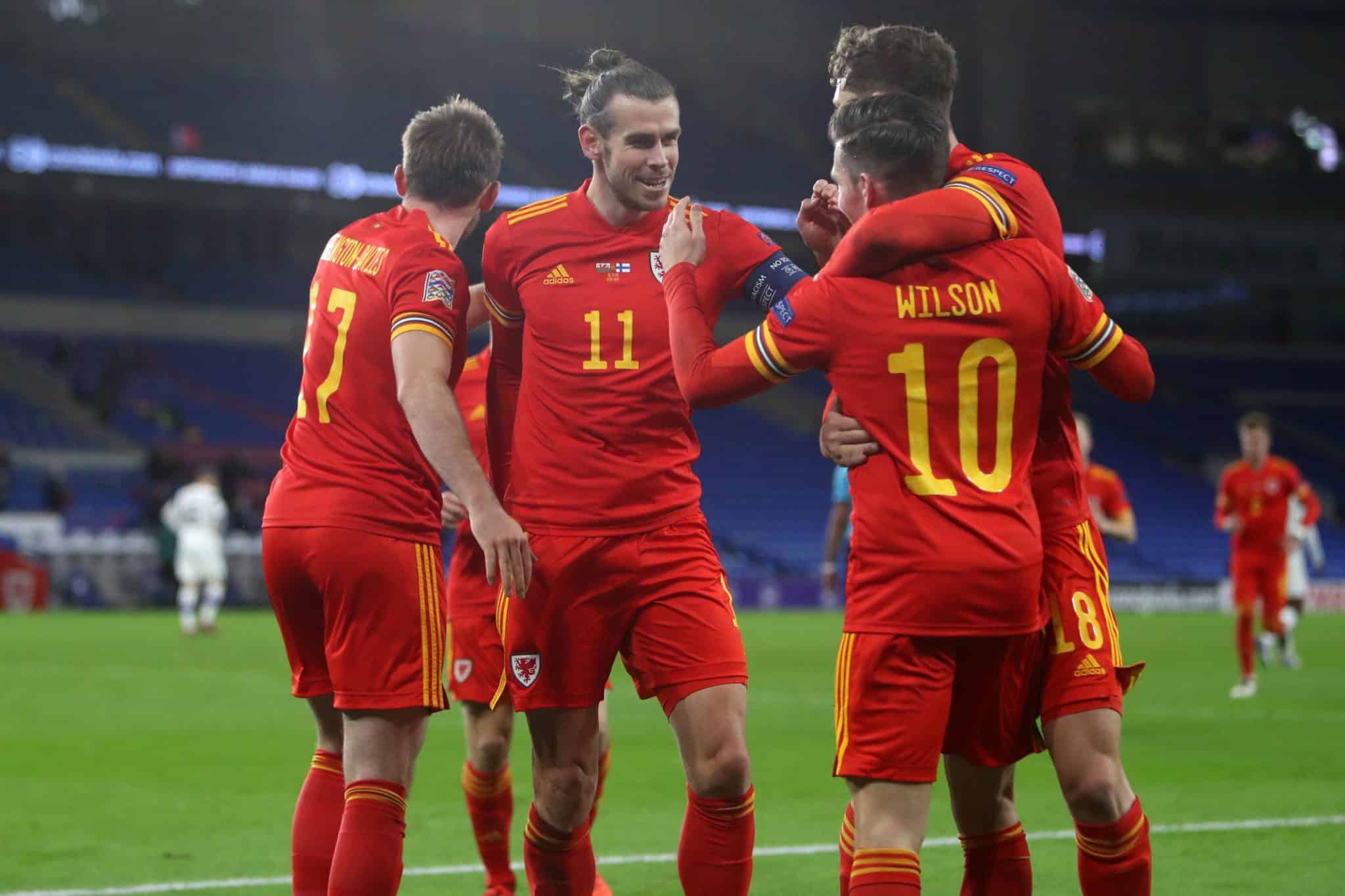