As anticipated Covington versus Masvidal was an intense affair. The headline bout for UFC 272 did not disappoint, however there was an aura of unfinished business in the air. It is very clear that these two men still don’t like each other. Often times, rivals will engage in a post-fight handshake to indicate that all bad blood has been left in the octagon. Not tonight. Let’s hope these two don’t run into one another at a dive bar any time soon; the headlines will not be pretty. All in all, this was an entertaining event from start to finish. Without further ado, let’s get into it!

Colby Covington and Jorge Masvidal are two of the best welterweights in the world. However, they’ve each run into the same brick wall over the past year, Kamaru Usman. The reigning champion of the division has been stingy about relinquishing the belt and each man has felt defeat at his hands. That being said, this fight still had enormous interest from the world of mixed martial arts. Rarely does a non-title fight generate this much buzz. It has as much to do with the intense nature of their rivalry as it does with each man’s enormous ability. This was certainly a night to remember.

Although Masvidal scored early in round one with well-timed leg kicks, Covington responded nicely with takedowns and ground control time. Jorge was able to fight to his feet near the end of round one, but the opening period clearly went to Covington. Round two was a nice bounce-back round for Jorge. He was able to land leg kicks with great frequency and even landed a body kick that inflicted obvious damage. At the end of the second round, the fight was even on most scorecards.

Round three is where Covington really began to assert himself. He left no doubt about whose round it was and gave Masvidal very little margin for error. Masvidal spent the majority of the round trying to prevent himself from being choked out by Covington’s submission hold. Round four is the round that will haunt Masvidal for the rest of his career. If he was going to beat Covington, the moment presented itself. He landed a perfect over hand right that landed squarely on Covington’s chin and sent him to one knee immediately. However, Masvidal lacked the cardiovascular conditioning to capitalize on the moment. He allowed Covington to catch his breath and that lapse in judgement spelled the end of Masvidal’s chances to win the fight.

After dominating the fifth and final round, Covington was awarded a unanimous decision victory by the judges. In the post fight interview, Covington stated that he wanted to face Dustin Poirier inside the octagon for his next fight. That’s interesting because Poirier is a lightweight and Covington is a welterweight. However, both men have huge fan bases and the fight would definitely be big enough to headline a pay-per-view event. We’ll see how this plays out over the next few months…

Rafael dos Anjos and Renato Moicano normally fight at the lightweight limit of 155 lbs. However, tonight they met at a catchweight of 160 lbs. because Moicano agreed to take the fight on short notice. This affair was so one-sided that I am going to spare you some of the details. Dos Anjos repeatedly scored takedowns against Moicano and Moicano’s only bright spots were a couple of striking flurries that showed he was still fighting, but with little success. Honestly, the cut over Moicano’s left eye was so bad that this fight should have been stopped after round three. However, the ring doctor was called in to look at the eye twice and each time decided that the fight could continue. For his efforts, do Anjos was granted a unanimous decision victory.

I don’t normally call for an athlete’s retirement, but Edson Barboza looked to be finished as a fighter tonight. Once upon a time, he was one of the best lightweights in the world. Two years ago, he decided to go down in weight, joining the featherweight division. He has not been impressive; tonight’s loss to Bryce Mitchell marked his third defeat in five outings.

What makes Barboza’s defeat more startling is that Mitchell is far less experienced and has never fought a big-name opponent until now. Mitchell deserves credit for dominating the fight from start to finish, but the fact that Barboza had no highlights to speak of illustrates the point. It is time to walk away. Losing to fighters you would have beaten during your prime is no way to end a career. Edson Barboza has had a good run; now it’s time for him to find a new passion. Bryce Mitchell claimed an easy unanimous decision victory; he continues to look impressive and is a talent to keep an eye on in the featherweight division.

Before becoming a professional mixed martial artist, welterweight veteran Alex Oliveira was a professional bull fighter in his native Brazil. After losing his fourth consecutive fight tonight, he may have to return to his former profession.

Coming into the fight, Kevin Holland had lost his last three bouts. Having formerly performed at middleweight, his move down to welterweight was seen as a strategic ploy to save his career. In round one, this looked like a failed experiment. Oliveira dominated with two takedowns and an attempted anaconda chokehold. Holland responded by opening round two with an overhand right that sent Oliveira crashing to the mat. Sensing this was his opportunity to steal the fight, Holland wisely pounced on his opponent and pummeled him with a ground and pound attack that forced the referee to stop the fight. Perhaps the move to welterweight will pay off for Holland. We will have to wait and see…

Heavyweight prospect Sergey Spivac displayed great technique in a masterful performance tonight. His opponent, Greg Hardy, came in tipping the scales at over 290 lbs. While Spivac weighed forty pounds less than Hardy, he was still able to slam him to the mat in emphatic fashion due to his superior grappling skills. After scoring a second takedown in the first round, Spivac decided to take matters into his own hands; he pummeled Hardy with a ground and pound attack that left him semi-unconscious and disoriented. The referee wisely stopped the fight. Sergey Spivac is a dangerous fighter and a heavyweight that should not be taken lightly.

The prospect of a Covington versus Poirier fight is appealing but it is clear that Covington would have a clear advantage. There is no way he would go down to lightweight to fight Poirier. On the other hand, bulking up to welterweight would most likely decrease Poirier’s speed and may even alter his career. Poirier is in his 30s now and if he adds muscle to go up in weight he probably won’t be able to go back down to lightweight. That means that instead of being one of the most recognized lightweights in the world, he would be another fighter trying to beat Kamaru Usman in the welterweight division. While a Covington versus Poirier main event would be wildly entertaining, the chances of it actually happening are slim to none.

The UFC returns next week with another edition of Fight Night from the Apex Center in Las Vegas. The main event of the evening features light heavyweight challengers Thiago Santos and Magomed Ankalaev. As always, we’ll have all the latest updates about the outcomes of the fights, as well as in depth analysis, available right here at World in Sport! Until next time, take care of yourselves and each other. 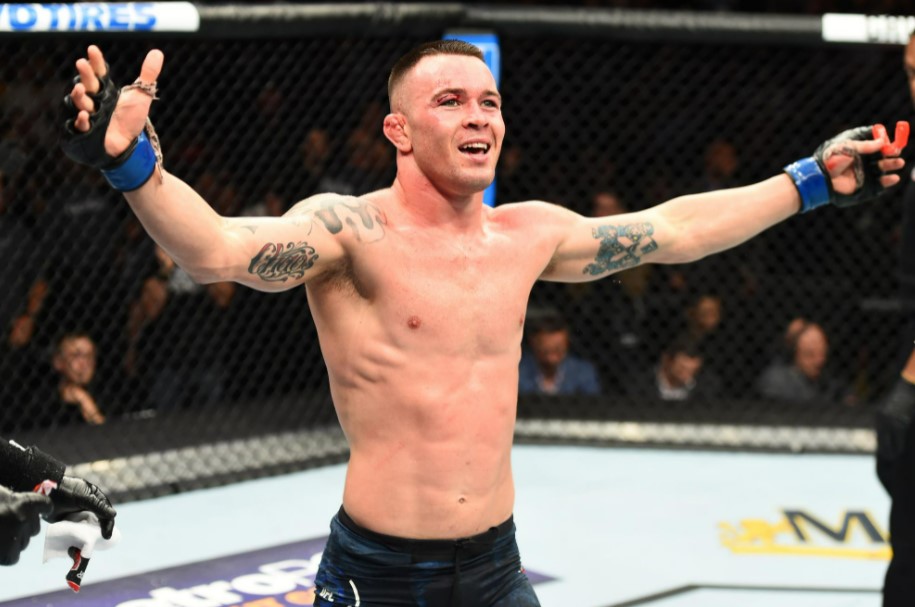