After defeating Derek Brunson in impressive fashion at UFC 271, Jared Cannonier boldly declared that he should be next in line for a title shot against reigning Middleweight Champion, Israel Adesanya. However, Cannonier’s attempt to become the champion resulted in a unanimous decision defeat at UFC 276. Now, he will attempt to bounce back against fellow middleweight title contender Sean Strickland at UFC Vegas 66. There’s a lot to unpack here; without further ado, let’s get into it!

From November of 2018 through February of 2022, Jared Cannonier won five out of his six fights and experienced the most impressive string of performances of his career. This led to his showdown with Israel Adesanya in July. While Cannonier did not emerge on the right side of that decision, things in the middleweight division have changed a lot since that night. Adesanya is no longer the champion, and the new titleholder, Alex Pereira, is a man who wins fights on sheer power as opposed to technical skill. If Cannonier is able to get another shot at the crown, he may have a better chance against Pereira who is not nearly the tactician that Adesanya is.

Sean Strickland knows all too well the incredible power that Alex Pereira possesses. He lost to him via first round knockout at UFC 276 in July of this year. Leading up to that fight, Strickland had amassed six consecutive victories and his name was being mentioned as a potential dance partner inside the octagon for Israel Adesanya, the reigning champion. Now, Strickland must regather and attempt to become the title contender he was before his brutal defeat. Cannonier and Strickland will stop at nothing to prove they are still among the elite in the middleweight division. You won’t want to miss it!

26-year-old Arman Tsarukyan is ranked ninth in the UFC’s lightweight division. In any other weight class, an athlete who is clearly in his physical prime and only has three losses in a professional career that spans seven years would be a top five fighter. However, being in the lightweight division is both a gift and a curse. It is a gift in the fact that it is the most closely watched division due to the immense level of talent; it is a curse in the fact that it is difficult to climb the rankings or get a title shot due to the immense level of talent.

After three successful title defenses of the M-1 Global lightweight championship, Damir Ismagulov was called upon to join the world’s most renowned mixed martial arts organization. Since that time, he has gone undefeated in the UFC and currently ranks twelfth in the lightweight division. He has a Master of Sport in Army Hand to Hand combat, which means he is definitely not the kind of man you want to get in a physical altercation with unless you are a trained professional. He is one of the few ranked fighters who has never participated in a pay-per-view event, but if he performs well at UFC Vegas 66, that could change in the near future. Tsarukyan and Ismagulov are sure to put on a show on Saturday night. Make sure to tune in!

Flyweight challenger Amir Albazi is undefeated in his three UFC appearances. However, complaints from the organization’s upper management do not stem from his performances, but rather from his inactivity. Albazi fought once in 2020 and 2021, and his upcoming fight on Saturday marks the first time he has competed twice in the same calendar year. At 29-years-old, he is a great prospect in his physical prime, but it is time to show the world he is serious about becoming a champion.

26-year-old Brazilian Alessandro Costa will make his UFC debut on Saturday night. After spending most of his career on regional circuits throughout South America, Costa has only two career losses. An impressive showing at Dana White’s contender series in July of this year made the way for his invitation to perform at an official event, and fans can be sure that Costa will make the most of the opportunity. These two athletes are in the prime of their careers; sparks are sure to fly when they meet in the middle of the octagon. You won’t want to miss it!

34-year-old featherweight Alex Carceres has won five out of his last six fights. 33 year-old Julian Erosa has won six out of his last seven. Erosa has a four inch height advantage over Carceres. However Carceres has been a professional fighter since 2008 and is used to fighting men who are taller than he is. Neither one of these crafty veterans are currently ranked in the division, but that won’t mean a thing once they meet in the center of the octagon. Carceres and Erosa are two of the most experienced and prepared fighters in the sport; be sure to tune in to witness all of the action!

Drew Dober is in the midst of a two-fight win streak, while Bobby Green has lost three out of his last five appearances inside the octagon. Each of these men has been a professional for well over a decade and both made names for themselves in regional circuits before joining the UFC. At this point in their careers, they fight for respect and the love of the sport. Realistically, men in their mid-thirties who are unranked are not going to catapult to stardom in the packed lightweight division. However, Dober and Green will be sure to stage a fight to remember on Saturday night. Be sure to tune in!

ALSO READ:  Magomed Ankalaev is robbed of a decision at UFC 282!

Middleweight prospect Cody Brundage is undefeated through two fights in 2022, and desperately wants to boost this year’s record to “three and owe.” His upcoming opponent, Michal Oleksiejczuk, has one win and one loss on the year and wants to ensure that 2022 is not remembered as a losing campaign. At 28 and 27-years-old respectively, Brundage and Oleksiejczuk are each in their physical prime. Both men know that now is the time to make a move in the middleweight division; the newly crowned champion does not possess the aura of invincibility that his predecessor enjoyed. Fans can be sure that each fighter knows what’s at stake and will do everything within their power to boost their profile within their weight class on Saturday night!

UFC Vegas 66 can be viewed on BT Sport in the United Kingdom and on ESPN Plus in the United States. As always, we’ll have all the latest updates about the outcomes of the fights, as well as in depth analysis, available right here at World in Sport! 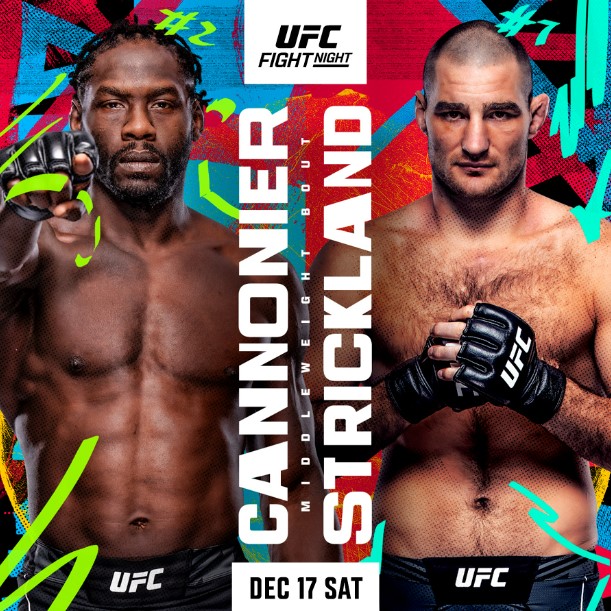