Can West Ham cause an upset in the all-London affair?

Another day, another derby. After Liverpool’s triumphant 4-1 win against local rivals Everton midweek the focus shifts to the capital as West Ham host Chelsea this Saturday at 12:30 pm BST. The London rivals are currently separated by 9 points, with the Hammers sitting in 4th place on 24 points and The Blues with 33 points heading into the match.

West Ham have been impressive this season under David Moyes, well placed in the league, defeating both Manchester clubs to reach the quarter-final in the League Cup and cruising into the round of 16 in the Europa League comfortably with one game to spare.

However, after three successive league wins against Tottenham, Aston Villa and Liverpool, the Hammers remain winless in their last three outings, including a recent draw at home to Brighton.

Chelsea are in scintillating form with an unbeaten streak in their last six meetings in the Premier League. Last time out they got a hard-fought victory at Watford and with the added impetus of a derby will have to be on their mettle against a motivated and well-coached David Moyes side.

The last two meetings between the clubs have resulted in victories for the Blues and Chelsea will look to continue their excellent record against their London rivals, having won 52 out of the last 116.

West Ham’s Angelo Ogbonna remains sidelined with an anterior cruciate ligament injury he suffered during the win against Liverpool and is out for the season. But there is good news for West Ham fans as Aaron Cresswell is in contention for a starting place, having recovered from a knock he incurred whilst colliding with a post in the game against Manchester City on Super Sunday.

Chelsea will be without several key players. Midfielders Mateo Kovacic and N’golo Kante remain sidelined with Kovacic picking up a hamstring injury in training back in October and Kante suffering a knee injury against Juventus midweek. Ben Chilwell is suffering from a long-term injury after he damaged his anterior cruciate ligament and is out for a minimum of six weeks.

Trevoh Chalobah, who has been in sparkling form recently, is also out having picked up an unspecified injury against Watford midweek.

Chelsea’s recent form has them as the betting favourites coming into the fixture, but David Moyes’ West Ham side have proven a difficult side to beat.

As always in a derby match, form becomes less of a factor in deciding the outcome, and there is always the possibility of the home side, roared on by passionate support, of upsetting the odds. 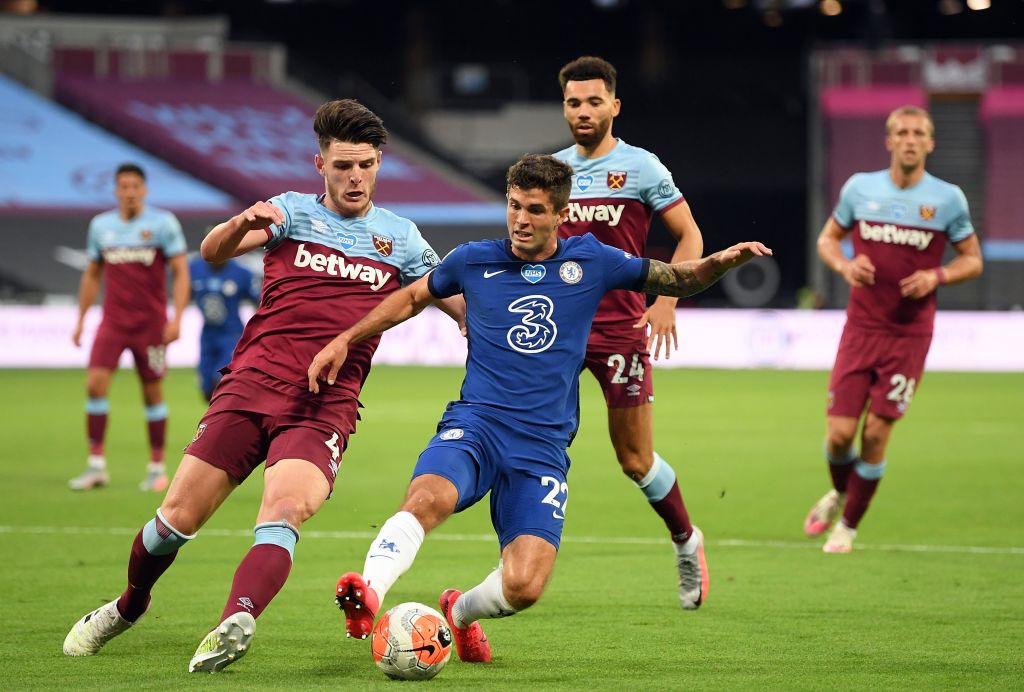