For a man who looked simply unstoppable until a couple of years ago, Virat Kohli’s fortunes with the bat have nosedived quite inexplicably. Lean patches are part and parcel of any sportsperson’s journey. There are bound to be peaks and valleys in performances as the career chugs along.

All greats of the game have had their share of dips. But it remains a disturbing phase and often the whole side suffers due to the off-form of their star players. India is facing such a situation in England now because of a poor show by their skipper Virat Kohli.

The world’s premier batsman, who had piled up hundreds almost at will, has not scored one across any of the three formats of the game for 50 innings now.

In the only Test, he played in Australia late last year, his defiant 74 in the first innings was lost in the ruins of the disastrous second innings of the pink-ball Test where India was gobbled up for 36. It was an out of character show from the India captain who spent 244 minutes at the crease for his 180-ball effort. It was also his second slowest half-century in a decade long Test career.

In his pre and post-match discourses, Virat Kohli, almost, as a rule, shies away from discussing individual players’ lack of form. “Our focus is not to think about where people are individually now. It is about collectively how much strength they bring into the team.

As a batting unit, we are looking to perform in difficult conditions, so that we are in winning positions and someone is going to put their hand up every game,” Kohli has maintained when asked about the Cheteswar Pujara and Ajinkya Rahane’s ordeals.

But still, his poor run has got the people talking. “Virat hasn’t had a great start. It is the mind that leads to technical errors and if the start isn’t good, you start thinking about a lot of things.

Because anxiety levels are high, you tend to overcompensate for your movements. When a batsman isn’t in good form you either go too far across or don’t move your feet at all. That happens to everyone.

Form is also your state of mind along with the body working in harmony,” batting great Sachin Tendulkar was quoted as saying about Virat.

It looks like the old habit of dangling the bat outside the off-stump is back and Kohli, not for the first time in England, got out swishing at a ball that could have been left alone. It was the fourth time in the series that he had edged the ball behind the stumps on the first day of the third Test at Leeds.

Former Indian women’s team captain Anjum Chopra opined that Kohli is perhaps trying too hard to attain perfection. “I think he (Virat) is trying too hard. I feel he is trying very, very hard to be error-free,” said Chopra. “He knows he has got the game and the temperament, but when you focus too much, sometimes you tend to falter.

I just feel he is making a slight error in judgement. But I don’t blame him when the competition is so much when you’re trying to be error-free in a contest between two cricketing nations, India and England.”

Anderson dismissing Virat Kohli in the first innings of the third Test at Headingley, Leeds, was the seventh time that the England pacer got the better of Kohli in the longest format. Australia spinner Lyon has also dismissed Kohli seven times in Test cricket.

Chopra feels such statistics should not worry Kohli. “He has got to play the ball and not the bowler. Just play the one-ball game,” said Chopra. “We always tell ourselves as batters that we need to focus on one ball; you have to make sure you are focussed on the fraction of second the bowler delivers the ball.

It’s just about being in the present. So it’s all about keeping it simple and following the basics. 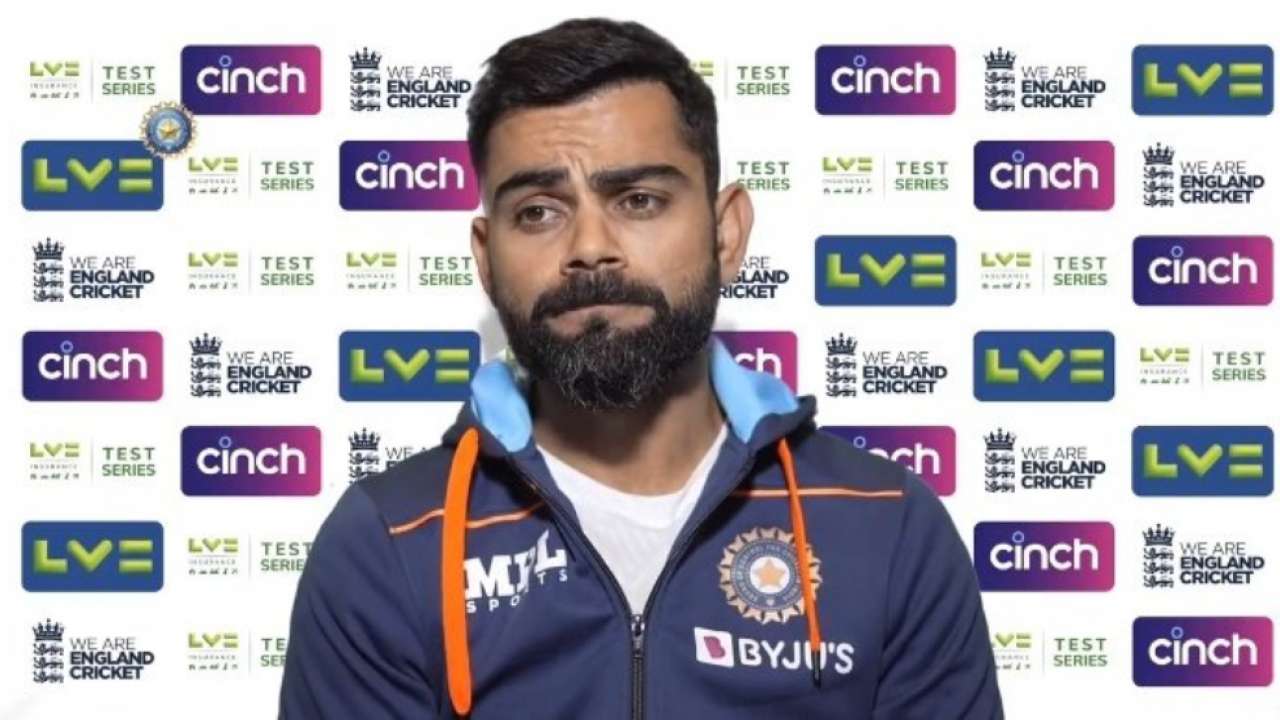