Brendan Rodgers has been around the block, to say the least. Furthermore, his record speaks for itself – Rodgers has had significant success, leading Liverpool to 2nd place in the 2013-14 Premier League, just 2 points behind champions Manchester City, and Celtic to an unbeaten season in 2016-17 (in all competitions) and a ‘double treble’ (winning the Scottish Premiership, Scottish League Cup and Scottish Cup in two consecutive seasons).

With his move to Leicester City during the 2018-19 season, Rodgers seemed to be the man to drive Leicester forward to success, following disappointing results under Craig Shakespeare and Claude Puel. With two 5th placed finishes and an FA Cup to boot, Rodgers has proven himself once again in the Premier League. However, with Leicester currently languishing in 12th in the Premier League, and facing almost certain elimination in the Europa League, speculation has turned to the future of Brendan Rodgers, who has been subject to interest from a number of big clubs, most notably Manchester United.

As Rodgers’ future increasingly appears to be away from Leicester City, what’s next for the 48-year-old?

Rodgers has had moderate success with the Foxes. While not setting the world alight, his first two full seasons at the club have resulted in consecutive 5th place finished – qualifying for European football in both seasons. Coupled with a shock FA Cup win, with a 1-0 victory at Wembley courtesy of a Youri Tielemans wonder goal, it may be difficult to see why Rodgers would desire to leave Leicester City in the near future, rather than continue with the project. However, a noticeably weaker campaign so far this season has left Leicester 12th in the table, with just 15 points from 11 games.

As opportunities open up at clubs further up the table, and most notably, with Ole Gunnar Solskjær’s job at Manchester United looking less secure with each passing match day, the motives behind a potential switch become clearer and more understandable. While the Leicester project is an opportunity that many managers would relish, openings at England’s most historic club are hard to come by. For Rodgers to reject such an opportunity would be to turn down a chance to establish himself as one of England’s top managers – an unlikely decision.

David Moyes, Louis Van Gaal, Jose Mourinho, Ole Gunnar Solskjær. Many have tried and failed at Manchester United. Since the departure of Sir Alex Ferguson, the club has struggled to establish itself as the dominant force it once was, with only 3 major trophies in the past 8 years. Despite the acquisition of Cristiano Ronaldo in August, United sit 6th in the table, with just 1 win from their last 5 games. Rodgers has been widely tipped as the most likely successor to Ole, with the Leicester boss reportedly being keen to make the move, despite having a contract until 2025 with his current club.

Rodgers’ experience in the Premier League is likely a major factor and an indicator that he would achieve some success with the Manchester club. Despite a disappointing end to his reign, Rodgers’ spell at Liverpool was largely positive, with The Reds finishing 2nd in the 2013-14 season, after mounting a serious challenge for the title. While Rodgers may not return Manchester United to the footballing powerhouse it was once, he would likely see modest success, making United competitive once again.

Where else could Rodgers go?

Whilst United is the most likely destination for the Northern Irish manager, it is no secret that Rodgers has been an in-demand manager for a while. Most recently turning down the lucrative Newcastle United job, Rodgers has previously been linked with a number of high-profile roles, including the top jobs at both Arsenal and Tottenham.

With these positions presently being occupied (and unlikely to open any time soon), and Thomas Tuchel leading Chelsea to the top of the table, other potential opportunities within England’s ‘Big Six’ seem hard to come by. In the event of Manchester United pursuing a different course, the most likely outcome appears to be Rodgers remaining at Leicester, at least for the foreseeable future. 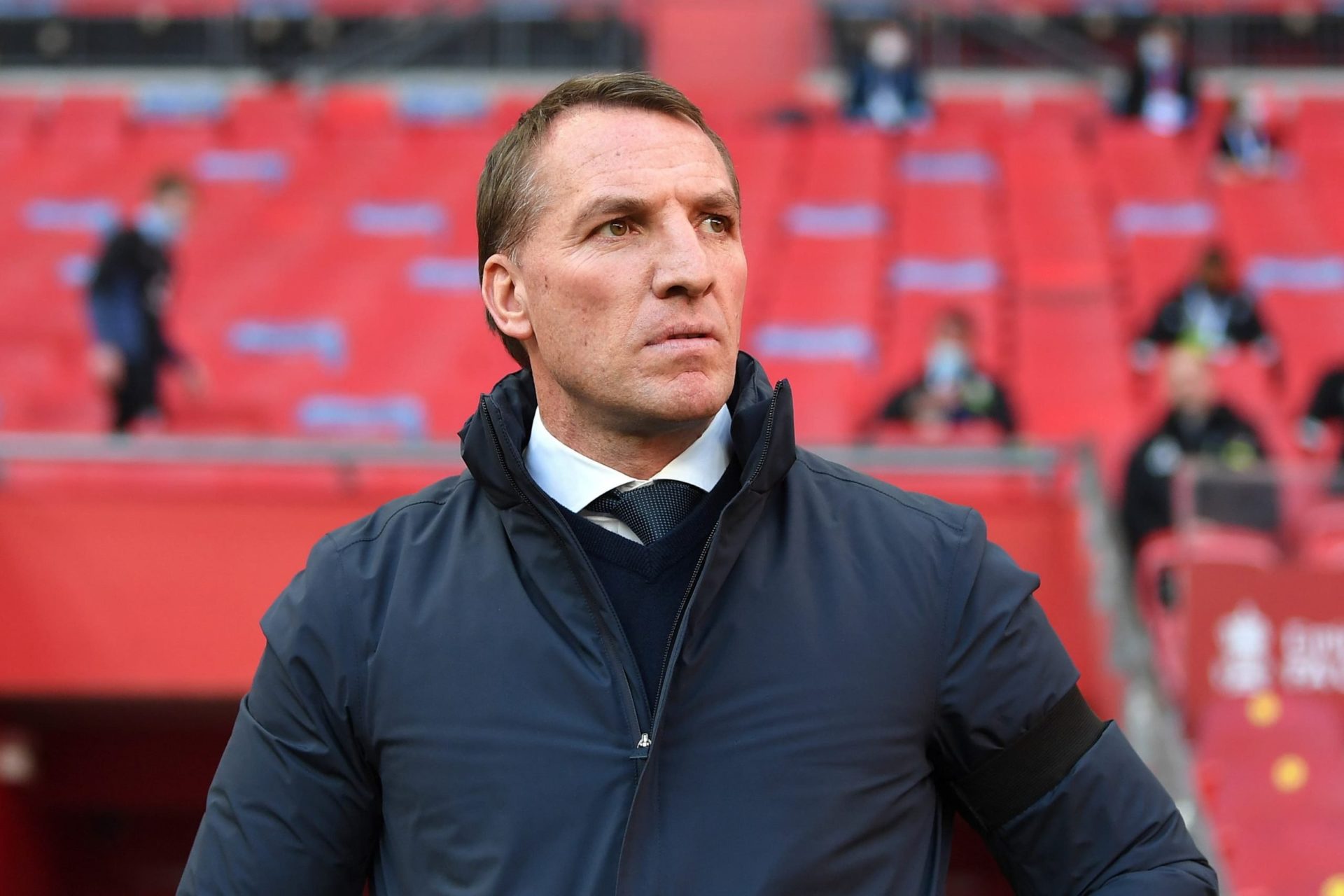