Let’s make one thing clear; the Nuggets won that series because they were a better team than the Clippers. They outplayed the Clippers in the NBA playoffs, plain and simple. Yes the Clippers did underperform, it was due to the Nuggets were elite. They were one of the hottest teams in the bubble and they’ve gotten it done. Jamal Murray has developed into an elite scorer, the Joker has kept up his elite play, and their shooting has been devastating. This all culminated in some great shots, great plays, and a great comeback. With that all being said, who on the Clippers let them down the most? Doc? Playoff P? Kawhi?

While Paul George did not play well enough in my opinion, his statline matches the one of his career. He shot 43.4% from the field with a 38.3% 3P% on 5.6 attempts a game. He also shot 87.9% from the free throw line giving him a True Shooting Percentage of 58.7%. This isn’t to say he played well, rather that he might’ve outplayed Kawhi Leonard on a per game basis.

That’s clearly Paul George outplaying Kawhi, though he didn’t play too well. While it’s a meh performance for PG13, it’s still miles better than the atrocity by Kawhi.

Here in a Game 3 win for the Clippers while Kawhi was not showing up offensively, PG13 stepped up and played his heart out in a dominant performance.\

While the shooting would tell you Kawhi was clearly better, net rating shows that PG13 had a better game in terms of creating and producing total offense over Kawhi, and while both were phenomenal, I think PG13’s net rating shows he was better this game, but in the end they lost this game 5.

This brutal game 6 loss can largely be blamed for the bench doing poorly offensively as both PG13 and Kawhi scored well, but Kawhi also didn’t play good defense at a with a near neutral net rating as he had a 119 DRtg.

What does this show? Kawhi Leonard was being outplayed by Playoff P in many games, and it cost them. In these 4 games, they would lose 3 of them and we saw Kawhi play poorly in games 2 and 3 to add on to game 7’s brutal loss. What I get from these numbers are that there were multiple games in this series where Kawhi didn’t come up and be the number 1 option, and PG13 stepped up for him.

The Bench Caved During the NBA Playoffs For the Clippers

I noted a few times that in certain games (notably games 5 and 6) the bench didn’t do anything at all. The bench had stunk, as we saw guys like Montrez and Lou Will perform worse than before. Patrick Beverly wasn’t spectacular either. Realistically only Zubac and Marcus Morris were reliable options, and that’s not going to get the job done. The problems also came when Doc Rivers kept trying the same stuff against the Nuggets. He didn’t adapt and it hurt him and cost them a series win.

With the blame, I’d really say it’s mostly on Kawhi Leonard for being inconsistent. I’d give him 40% of the blame, then give the role players 30%, Doc Rivers 15%, and Paul George 15%. This was a disaster for the Clippers, and they need to win a title with this core next year if they want to wash this loss against the Nuggets away. 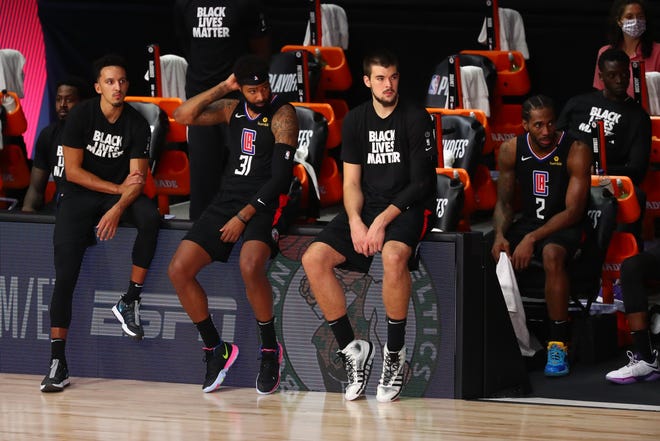