Leeds United will be looking to make it back-to-back wins in the Premier League for the first time this season when they head to Molineux on Friday to take on Wolverhampton Wanderers.

The hosts Wolves currently find themselves in 8th position and just five points off a Champions League place. They come off the back of a 1-0 win away to Everton where former Liverpool academy product Conor Coady was on the score sheet.

As for the visitors, Jesse Marsch picked up his first win in charge of Leeds United thanks to a stoppage time winner from 19-year-old Joe Gelhardt. It was an important win for the Yorkshire club who find themselves just four points above the relegation zone.

Wolves will again be without the services of Nelson Semedo and Ki-Jana Hoever for Friday’s contest, while Bruno Lage will need to make late checks on Hwang Hee-chan and Pedro Neto.

The home side are expected to switch back to a 3-4-3 formation for this game, with Daniel Podence and Neto potentially coming into the attack alongside Raul Jimenez.

Tyler Roberts and Junior Firpo are out through injury, while Rodrigo is a doubt due to a thigh problem. Kalvin Phillips and Liam Cooper are both back in training ahead of the match.

For fans unable to make the trip to the Molineux Stadium, they will still be able to watch the game live on Sky Sports Main Event with kick off at 8pm.

Wolves have become a tricky to side to break down and have conceded the fourth least goals in the league. However, scoring has been the problem for Lage’s side who have only managed 29 in their 29 matches.

The visitors have struggled on their travels this season and have only picked up two away wins. They have also conceded the most goals in the league and have the second worst goal difference.

We predict a tight affair between the two sides but a home victory will be on the cards. 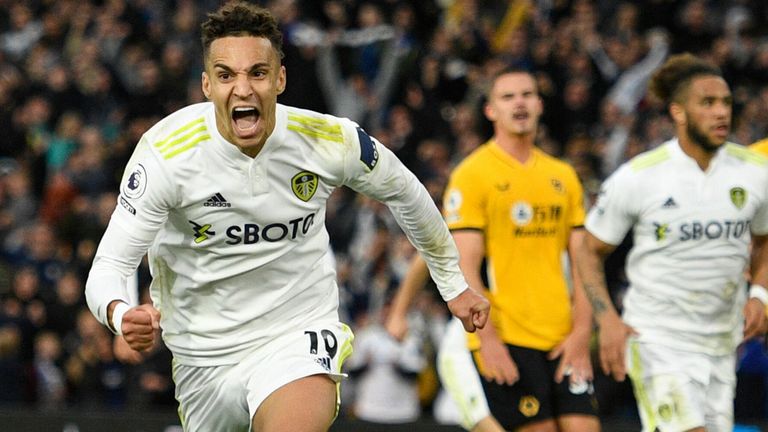