Arsenal continue to be linked with a summers swoop for Karim Benzema despite manager Arsene Wenger insisting he is not pursuing the Real Madrid forward.
The future of Benzema has been the subject of much speculation throughout the summer months with both Arsenal and Manchester United being linked with a move for the 27-year-old, who netted 22 goals in all competitions for Real last season.

Arsenal could yet make a late bid for Real Madrid striker Karim Benzema before the close of transfer on 1 September, according to reports.

Real Madrid could be persuaded to part company with Karim Benzema, but Arsenal will need to break their transfer record and bid at least £45million for the Frenchman.

The forward’s starting prospects under Benítez, though, are unclear, with the new Real manager having promised Gareth Bale a run in the team in a central striking position alongside Cristiano Ronaldo, who is also injured at present and not at the Audi Cup.

Gareth Bale played in Benzema’s central striking role for Real against Tottenham, and after scoring in the 2-0 win, made it clear that it was his preference to play in the middle.

“It’s my best position,” he said. “When I played for Spurs, I felt I played my best football there. For me, that’s my position and it’s where I want to play.”

The Gunners boss Arsene Wenger has once again denied any interest in the Frenchman.

“No, nothing is happening,” he told reporters when asked about a possible move for Benzema. “Honestly, no. I don’t know who brings that up. Is it Spanish media or English media? I don’t know.”

Wenger has options up front, including Theo Walcott, Olivier Giroud and Danny Welbeck but Benzema would surely represent an upgrade as Benzema is seen as the final part of the jigsaw that Arsenal need to have a real crack at the title next term. 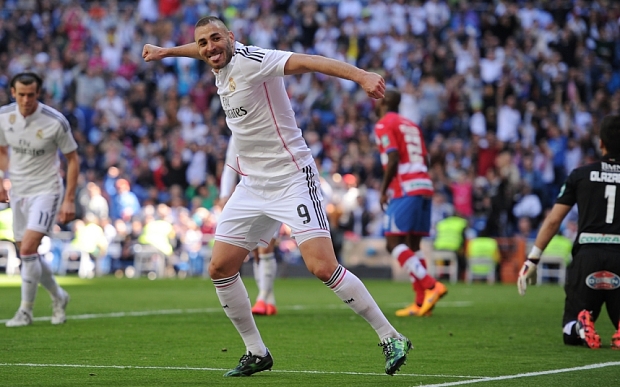