Liverpool have received a boost in their pursuit of Real Madrid’s Asier Illarramendi, after the midfielder was reportedly told that he is surplus to requirements at the Spanish giants.

Illarramendi arrived at the Bernebeu two years ago, but has failed to establish himself as a regular starter and completed the 90 minutes in La Liga just seven times last season.

Reports in Spain suggest that Brendan Rodgers is preparing to launch a £15m bid for the player, who signed for Real for €32m (£22m) in 2013, the most Real had ever spent on a Spanish player.

The Spanish will be the club’s ninth signing of the summer, as Brendan Rodgers desperately tries to re-establish his team after a disappointing 2014-15 campaign.

Illarramendi is a very capable defensive midfielder who can interrupt opposition attacks effectively while his distribution is also excellent, meaning he can begin attacks from deep.

Previously, Illarramendi was believed to have turned down a move to Anfield, but his hand may be forced by the Spanish giants’ willingness to sell.

Brendan Rodgers is keen on the player, who could help fill the void left by Steven Gerrard in the deep-lying midfield role.

The Metro meanwhile claims that Liverpool are closing in on a £21.2m move for Valencia striker Alvaro Negredo. 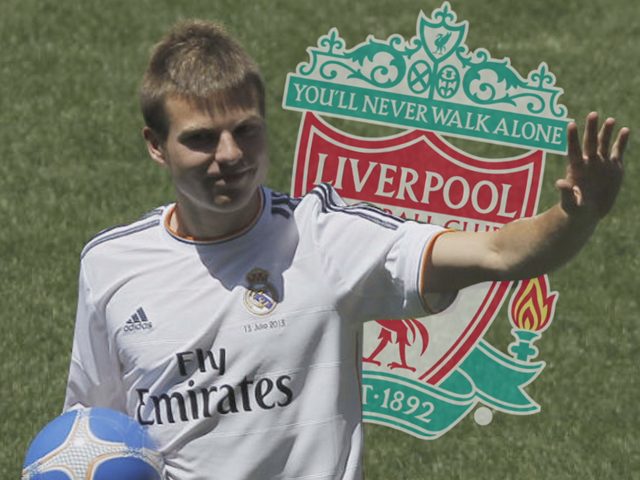