Transfer season can often make jumping into a piranha-infested pool seem like a picnic in Hyde Park and this year it is proving to be even more of a test of nerves for some clubs than usual.   Down at Chelsea, there is a test of nerves currently being conducted over Callum Hudson-Odoi.

Callum who? You may well ask for the young footballer at the centre of the approach from Bayern Munich is a fresh-faced teenager from Wandsworth in Greater London. Chelsea are going to great lengths to tie the 18-year-old to a new five-year deal. So here is another question too – a new deal? How long has he been at Chelsea anyway?

If you like to place a bet at sites like turboluck.com the chances are that you would put your money on an 18-year-old being at a professional side for a year, maybe two. Well, in that case you would be wrong.   Hudson-Odoi joined Chelsea in 2007. Yes, he joined the blues when he was seven!

Of course, not all that time has been spent playing for the first team; that didn’t happen until almost the end of 2017. To begin with he didn’t make his under-18 debut till August 2016 so it wasn’t as if Chelsea were chucking a toddler on to the pitch. During his first campaign he scored no less than eight times – an impressive amount for such a young player. More significant, perhaps, was his help in securing Chelsea eight FA Youth Cup wins. Promoted to the under-23 side at just 16 there was little surprise that in 2017 he was sent up to the first team.

His first match must have been a disappointment – he was left on the substitute bench. However, in January of 2017 he made his first appearance, this time against Newcastle.

His career with Chelsea has been on the up ever since and he has scored many goals. Perhaps his greatest claim to fame, however, is the age at which he entered the England squad. Although he was also eligible to play for Ghana he made the pragmatic decision to join the more powerful squad. This he did on 22 March 2018. On that day he was 18 years and 135 days old, becoming the youngest England player since Duncan Edward had set the standing record back in 1955.

No wonder Bayern are still after him – they desperately need a long-term replacement for Arjen Robben. However, Chelsea are still saying no to this and despite the achilles injury that has plagued the young player for so long, Hudson-Odoi is hoping that he will be back playing for Chelsea’s first team when September starts.

Although there were fears that he would be out of the time for over six months the rupture seems to have been healing well since it struck him down in April. Hudson-Odoi recently released a clip of himself doing some clever ball work with both feet – adding in a message to his fans that he was well on the road to recovery. 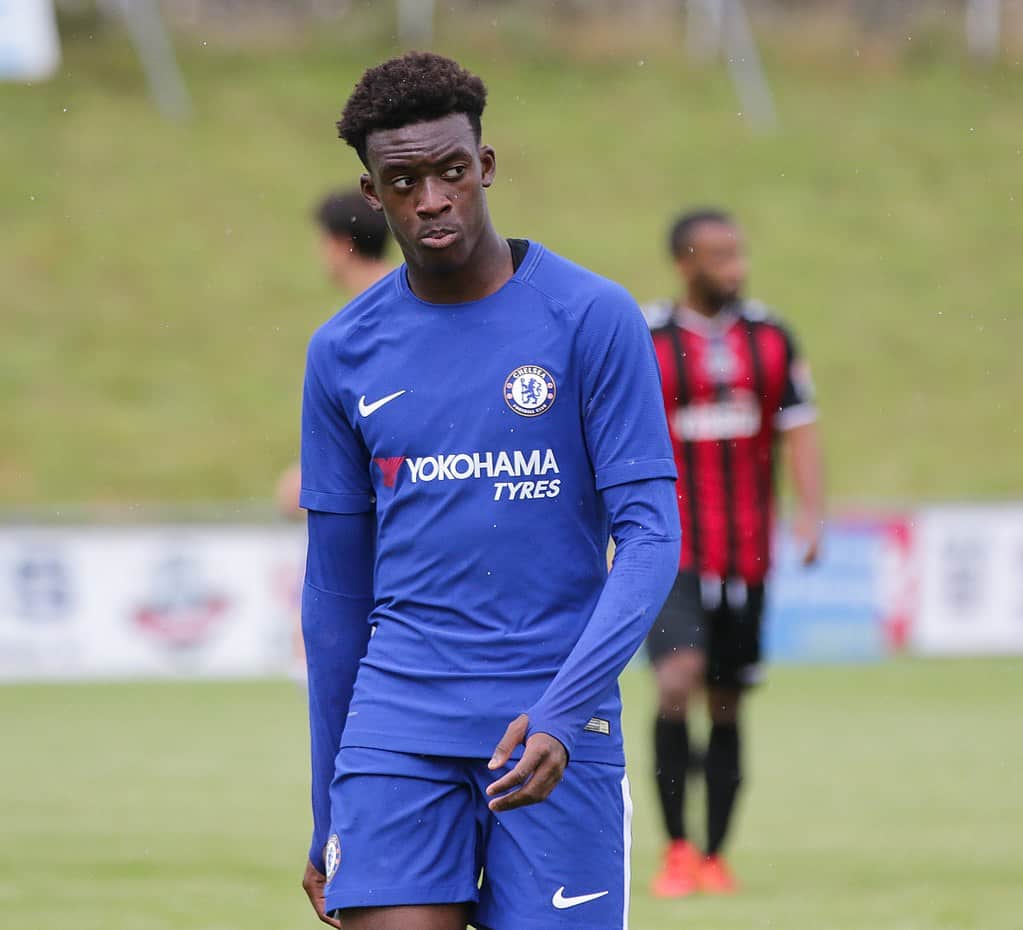