This season has been nothing short of a disaster for Everton fans. Although the Toffees faithful have been used to underwhelming campaigns, the real threat of relegation has become a daunting prospect that was seen as unthinkable.

When Iranian billionaire Farhad Moshiri bought 49.9% of the club in February 2016, many Everton fans thought this was the beginning of a new era at the club. There was hope that Moshiri’s investment would see the team competing at the top end of the league, as well as in the domestic competitions.

And it looked like that was exactly what was happening. in the 16/17 season, the club appointed Ronald Koeman, who had two great seasons at Southampton, and the Dutchman had a successful first season as Everton Manager, taking 4 points off Manchester City, going unbeaten against Manchester United and qualifying for the Europa League by finishing 7th in the table.

In the summer of 2017, Everton spent big money in the transfer window and brought in the likes of Gylfi Sigurdsson, Davy Klasson, Micheal Keane, Jordan Pickford etc. for over £100m. With these new signings came new and bigger expectations for the club to compete once again, but for one reason or another, the early part of the 17/18 season was a complete mess. Koeman was sacked in October following a 5-2 loss at home to Arsenal and the team finished 3rd in their group.

Sam Allardyce was brought in to steady the ship and although he succeeded in getting Everton out of danger and finishing the season in 8th place while bringing in Theo Walcott and Chek Tosin to add more in their attack, he never truly won over the fans and was thus sacked in favour of a guy who they initially wanted to replace Koeman, Marco Silva.

ALSO READ:  Why Newcastle United are starting to turn the corner with Eddie Howe as manager

It was hoped that Silva could replicate his exhilarating football with Everton as he did with Watford, and he too was given a lot of money to spend, bringing in Richarlison, Yerry Mina and Luca Digne, Alex Iwobi, Moise Kean etc. in a year and a half in charge of the club. Although he got some good results during his tenure, they were losing too many games and giving away a lot of sloppy goals in their leaky defence. He was sacked in December 2019 following a 2-1 loss to Leicester City.

Following a brief stint with Duncan Ferguson as caretaker, former Chelsea and AC Milan boss Carlo Ancelotti was appointed as their new manager. The move was seen as quite a coup from the club the appoint such a decorated manager and much of the Everton faithful viewed it as the club finally getting it right would see them fly up the table.

Like his predecessors, Ancelotti also brought in some big names to the club. Including the likes of Allan from his old side Napoli, Abdoulaye Doucoure and most notably James Rodrigeuz on a free transfer. Everton made a blistering start to the 20/21 season, going top after 5 games and being in and around the top 4 by Christmas. This on top of picking up their first win at Anfield since 1999, looked set to be a great season for the Toffies.

But their poor form towards the end of the season, which included just three wins in their final 12 games, saw them finish an underwhelming 10th place. Despite this however, it looked like Carlo Ancelotti would build on the team even further, but once the Real Madrid job became available, he was gone from Everton without much of a thought and the Everton fans once again felt that sense of bitter disappointment.

That feeling of disappointment wouldn’t entirely go away when former Liverpool manager Rafa Benitez was chosen as Ancelotti’s successor. Everton fans protested the move and it was clear that the Spaniard was never going to have the full backing of the supporters. Even though he made a decent start to the season, winning five of his first eight games in charge, a terrible run of one win in thirteen league games including eight defeats saw the club drop too close to the relegation zone for their own comfort.

Since the fans never wanted him in the first place, it didn’t take long for them to turn on Benitez and following a dismal 2-1 defeat to lowly Norwich Cit, and a public following out between him and Luca Digne, which saw the Frenchman move to Steven Gerrard’s Aston Villa, Rafa was sacked as Everton boss, much to the fans’ delight.

With Benitez gone, Everton fans were becoming disillusioned with the club and the direction it was heading. While Moshiri had spent over £500 million on the squad, there’s still no clear idea about why some signings were made and how players like Seamus Coleman, who was there when David Moyes was manager, are still in the starting eleven.

The club initially wanted to bring in Vitor Pereira, but after protests from the supporters over his style of play, the club got cold feet and instead appoint ex-Chelsea manager Frank Lampard. it was definitely a bold move considering his only experience was a season with Derby County, in which he got to the play-off final, and a year and a half in charge of Chelsea, which saw him sacked during his second season. With the club in 9th place at the time of his dismissal.

Midfielders Donny Van De Beek and Dele Alli joined the club in January and Lampard will hope to get the best out of the duo while he battles to keep Everton away from the drop zone. But following their most recent result, 5-0 drubbing away to Spurs, having no experience in the fight to stay in the Premier League, unlike his relegation rivals around him, and a potential points deduction for breaking profit-spending rules, it looks like it’s going to be a tough ordeal for Frank and his players to deal with in the matches to come.

A far cry from the hopes and dreams of competing with the big boys in the league and playing European football, Everton are a clear example of why having lots of money to spend doesn’t always equal success. in fact, it could very well lead to the downfall of such a historic and treasured football club. 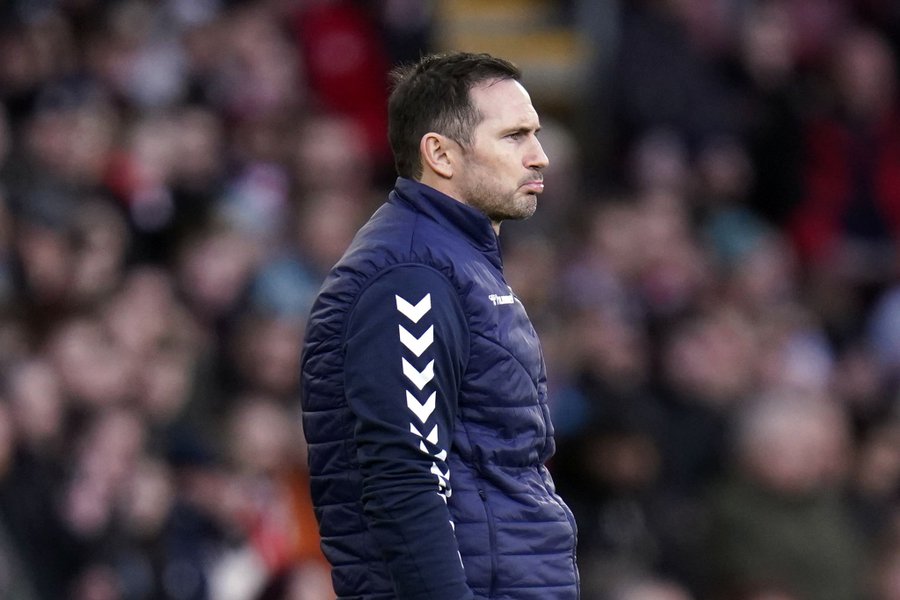