Radamel Falcao should be a cause for concern for Chelsea, due to his recent performances slashing their title hopes for this season.

Manchester United agreed to sign to Falcao on loan from AS Monaco for  £6 million on 1 September 2014, with the option to sign him permanently for £43.5 million at the end of the season. Radamel expressed his plans to stay at the club for many years and become a legend, but these hopes came crashing down after his disastrous first season at the club. The Striker was given 29 appearances to prove himself amongst fellow strikers: Wayne Rooney and Robin Van Persie, but only managed to score a small total of 4 goals by the end of the season.

Even with creative geniuses Angel di Maria and Juan Mata behind him, it just didn’t quite happened for Falcao. Manchester United announced their decision to not buy the Colombian International on 24 May 2015, which fueled speculation as to where his career lied, with rumours that AS Monaco wished to loan him out again for the following season if United were to not buy him.

After months of speculation, on 3 July 2015, Premier League Champions – Chelsea agreed a season-long loan deal similar to Manchester United’s, to bring the striker to their club. The deal was met with mixed reception, but Chelsea Manager – Jose Mourinho reassured fans that Falcao will be the shadow the player he was at United. Chelsea have now finished their pre-season friendlies, having not won a game from the four they played.

Radamel featured mainly on the bench for the friendlies, however he did make some short appearances in the games, mainly to rest fellow striker – Diego Costa. Due to Costa’s persistent spells of hamstring injuries, Falcao started for Chelsea in the FA Community Shield Final against Arsenal. Falcao performed poorly against Arsenal, failing to make any impact at all, having had many chances created for him during the game. Chelsea went on to lose the FA Community Shield to a strong Arsenal side lead by Arsene Wenger, who is skeptical about how Chelsea will fair out in the upcoming season.

Despite Mourinho’s confidence in the change of fortunes for the player, Radamel hasn’t seemed to have regained his magic touch on the game since his move from AS Monaco. With Diego Costa having regular hamstring problems, Radamel Falcao will most certainly be needed to make regular impact for Chelsea up front as a Forward in the upcoming season. A repeat of Falcao’s performances at Manchester United this season at Chelsea could be detrimental to their hopes of securing the title again. 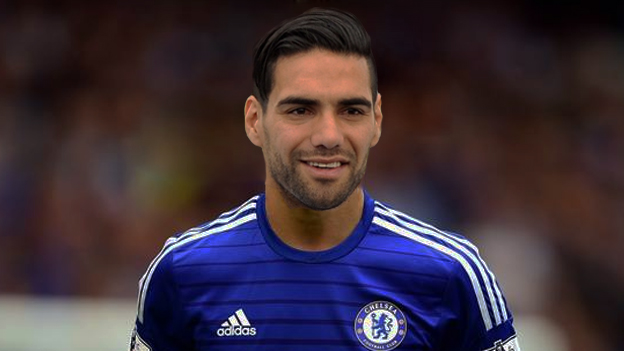