Harry Redknapp has been in the news recently. When asked by bookies Betsafe his views on the potential mega bucks deal taking Pogba to Manchester United, Harry Redknapp had this to say, ‘I think  pride would stop mefrom paying a player 100 million when we gave him away. He’s a great player, there’s no doubt about that, but I wouldn’t swap him for Dele Alli. ‘If you asked me, Dele Alli or Pogba – who do you want?

I’m taking Dele Alli in the long term.’ Quite a bold statement from the former Spurs manager. Harry however is not new to identifying talent at an early stage when no one else but he can. During his time with West Ham, he made a bold declaration regarding his nephew Frank Lampard which turned out to be spot on almost two decades after he passed that remark. That is why we want to compare the two youngsters and see whether Uncle Harry has a point.

Both Alli and Pogba had a stellar 2015/16 season. The season happened to be Alli’s breakout season in a Spurs team that finished third in the Premier League. Pogba ended another impressive season with the league and cup double with Juventus.

What Do The Stats Say?

Pogba played at total of 3019 minutes and scored nine goals in all competitions for Juventus and laid on another 12 goals for his teammates. Dele Alli scored scored ten goals and recorded nine assists in 2482 minutes for Spurs. Pogba attempted 3.5 shots per match while Alli had 2.2.

Dele Alli attempted 0.9 dribbles which was lower than Pogba’s tally of 2.9. Pogba made 2.2 tackles, 2.5 fouls and 1.3 interceptions collecting ten yellow cards in the process. Alli collected seven yellow cards though he made the same number of tackles as Pogba. He however made 1.8 interceptions and 1.5 fouls per game.

Both players had an uninspiring Euros. Though France made it to the final, Pogba failed to live up to the expectations placed on him. Dele Alli is yet to play in the final of a major event but Pogba has two under his belt including the loss against Barcelona in the 2014 Champions League final.

Though Alli is younger than his French compatriot, the statistics tilt in Pogba’s favor. Manchester United know what they have seen hence their interest in the highly sought after midfielder. Harry Redknapp is right when he says Alli is a bright talent but at the moment, even with his price tag,  Manchester United will be better of with Pogba than with the English midfielder. 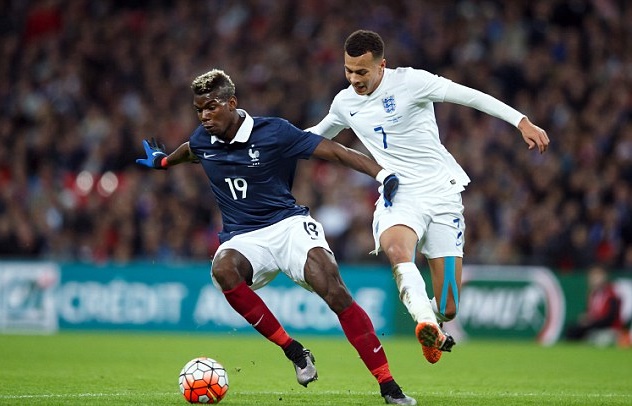