Jeff Gordon earned his first victory of the season and his ninth career win at Martinsville Speedway to clinch a berth in the final race at Homestead-Miami Speedway. Now, Gordon, who is retiring after this year,will compete for a shot at a fifth title.Gordon took the lead on lap 478, passing AJ Allmendinger, and held off Jamie McMurray to become the active victory leader at NASCAR’s shortest track. A late caution gave McMurray another shot at the win, but Gordon, who restarted first on the inside lane, was able to keep position despite a hard charge from McMurray.

“I knew that if we could just get in this position, we could do something special,” Gordon said. “And man, this has turned into a fairytale year. I cannot believe it. Homestead is going to be an unreal weekend and we’re going to completely focus now. We talked about this in our meeting before the race and if we could make it through today and win, all our focus is on the Homestead car.”

However Gordon’s win may not have been possible had it not been for the actions of driver Matt Kenseth.Logano,after leading a race-high 207 laps, was lapping Kenseth’s damaged No. 20 past the start-finish line before Kenseth hooked Logano into the Turn 1 wall, taking Logano out of the race and forcing NASCAR to park Kenseth for the remainder of the race. Joeys title hopes may have just went out the window,unless he can win at one of the next two races.He heads into next week’s race at Texas Motor Speedway last in the Chase standings, 38 points behind Gordon.

“His race was over and he tried so hard to catch us the first time and he took out half the field, and he was successful the second time so I give that to him,” Logano said. “It’s kind of a coward move.Actually, a really coward move for a race car driver to do that, essentially someone as mature and an experienced race car driver that knows what this is all about … We were still leading the race.  We’re not gonna let this take us down.This is a strong team and he’ll have his.” 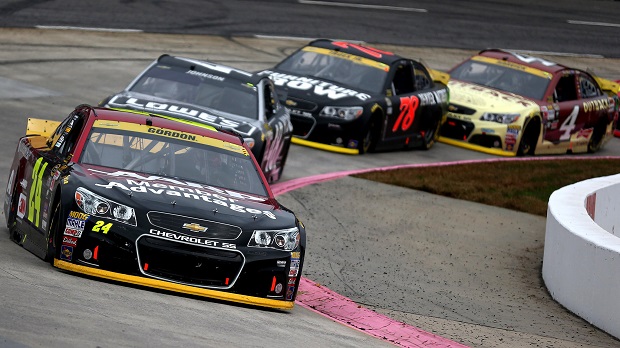