Marizanne Kapp took 4 wickets as the Oval Invincibles became the first-ever Hundred winners as the winners of this year’s competition were crowned at Lord’s yesterday.

Southern Brave would win the toss and elected to field first.

Marizanne Mapp (pictured below) would be caught by Wellington off the bowling of Fi Morris for 26 off 14 balls before Mady Villiers would fall off the final ball of the innings, caught by Maia Bouchier off the bowling of Shrubsole for 13 – Joanne Gardner finishing 2 not out.

Wyatt would be caught behind by Sarah Bryce off the bowling of Kapp without scoring before Sophia Dunkley would be caught by van Niekerk off the same bowler for the same score. Gaby Lewis would be the third batter to be dismissed for a duck, caught by Capsey off Kapp’s bowling, before Bouchier would be run out by Wilson for 7.

Alex Davies would be the final wicket to fall, caught by Tahir off the bowling of Milne, for 27 with Ross Whiteley (44 off 19 balls) and Chris Jordan (5) the not out batsmen.

Moeen Ali would be the final wicket to fall, caught by Overton off the bowling of Jake Lintott, for 36 with Benjamin and Benny Howell finishing 23 and 20 not out respectively. 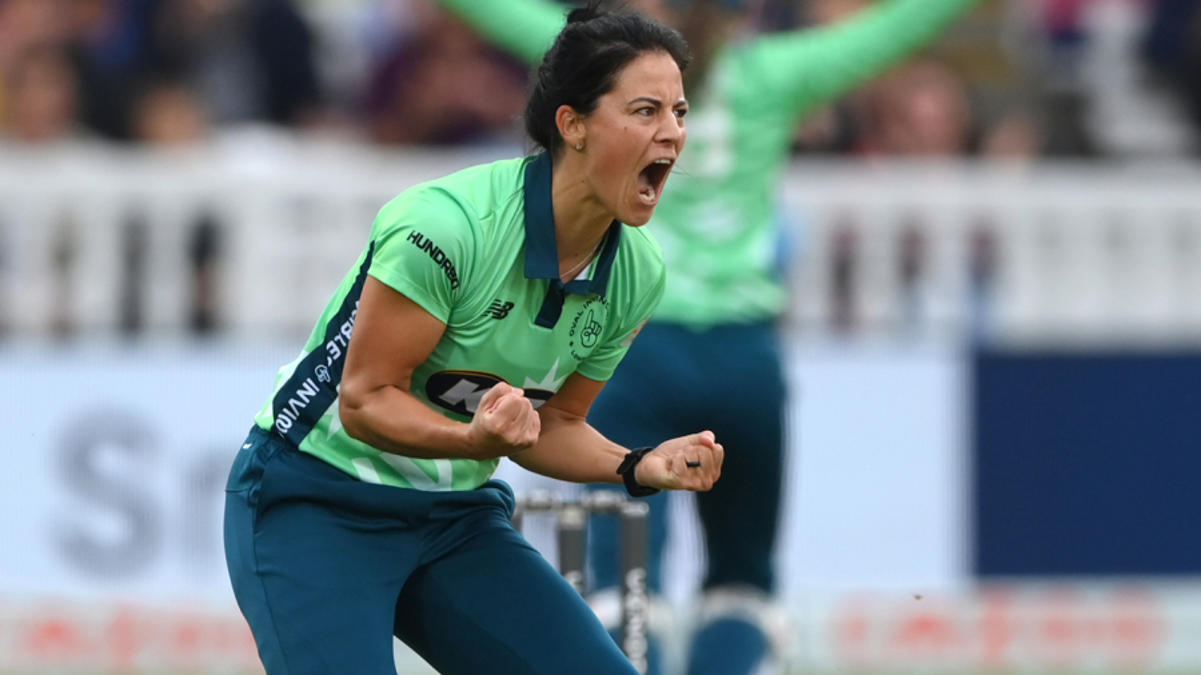