Monday Night Football in the Premier League this week saw a Leeds United side still buzzing from that wonderful win over Manchester City at The Etihad last weekend taking on a Liverpool side looking to get back into the top four on goal difference, Leeds themselves though could put themselves in with a chance of European Football for next season if they grabbed a win, it was an important game so let’s find out what happened…

This was one of the games of the season when these two met on the opening weekend of the Premier League season as Liverpool ran out 4-3 winners at Anfield, but it announced Leeds to the world stage in some style after they almost got something from the champions in their first Premier League match for nearly two decades after winning promotion last season, and Leeds have not really looked back since.

They sit tenth in the division and could go up a place to ninth with victory and only be a couple of points off Spurs in seventh place and four behind tonight’s opponents Liverpool in sixth, whereas a win for the visitors would see them climb back into fourth and above West Ham on goal difference, and only be a point off Leicester in third too.

Leeds were missing skipper Liam Cooper after his red card in that win over City last weekend whilst their were late fitness tests for forwards Raphinha and Rodrigo, both of which failed, so they were also missing which was a blow to the hosts, whereas Jurgen Klopp had no such issues and no new injury concerns to contend with although Mo Salah was named on the bench for this one.

There was every chance that this game could be as exciting as the one on an opening day too, both sides were in good form, three wins in a row, so which side could make it four in a row?

And would the distractions of the news of a European Super League affect this one, Liverpool is of course one of the proposed 12 founder members of this new competition which has enraged people in the football world over the last 24 hours or so, and demonstrations outside Elland Road before kick-off is likely to be followed around the country at the other five PL clubs who have decided to be part of this.

Leeds in fact were wearing tee shirts in the warmup saying ‘Earn It’ and ‘Football is for the fans with the UEFA Champions League logo on it, something which upset Klopp prior to the game, so would this have any bearing on the contest, sadly the game this evening was of a secondary nature, but there was still a game to be played.

On the half-hour, Liverpool grabbed a deserved lead when Salah’s replacement Diogo Jota’s lovely ball saw Trent Alexander-Arnold burst past Jack Harrison and get to the ball before IIlan Meslier could and square the first-time ball across to Sadio Mane who tapped into an unguarded net to end the striker’s goal drought.

Leeds has their moments in the first half, Patrick Bamford probably had the best opening for the hosts, but Liverpool asked the most questions and deservedly lead at the break, would this pattern of play continue in the second period?

Well not quite, as Leeds were much better in the second half and were all over their opponents for a time in the period, Bamford saw a looping effort thump off the visitor’s bar, whilst Alisson had to make decent saves from Harrison and then Tyler Roberts as Leeds came so close to a leveller on each occasion.

Liverpool had brought on Salah, and he almost punished a Meslier mistake but saw an effort deflect wide, and then almost sealed the win on the break but dragged wide, but with four minutes of the ninety to go Leeds grabbed a deserved leveller when Diego Llorente grabbed his first goal for Leeds after heading home a Harrison corner.

Could anyone win this late on? Well, Alex Oxlade-Chamberlain, on as a sub for the visitors, poked straight at Meslier in stoppage time as both sides went for the three points, but it ended all square in the end and means both sides stay where they are in the division. Leeds remain tenth whilst Liverpool stay sixth, two points off fourth. 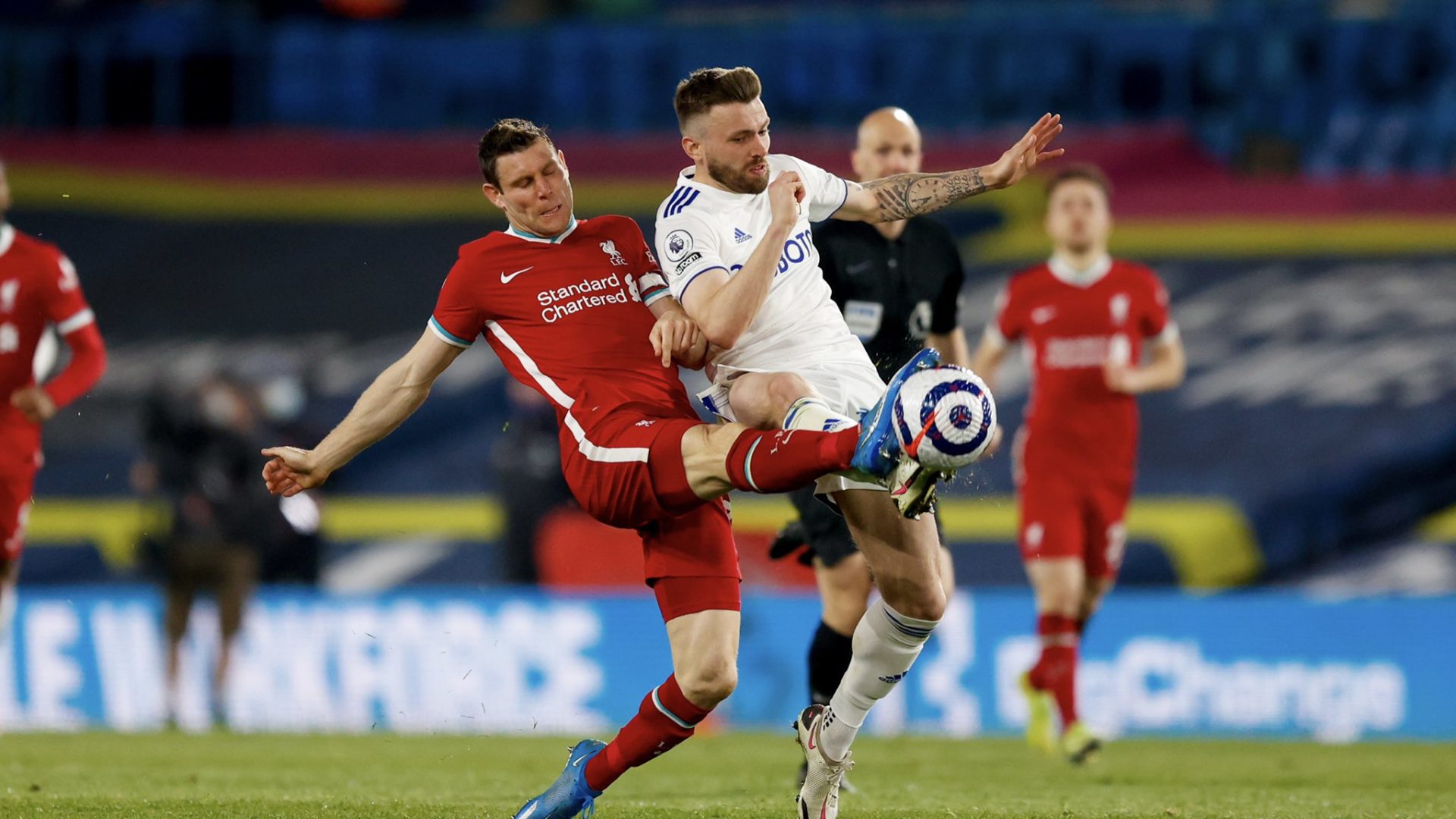