Former Scotland, Rangers and Everton manager Walter Smith has died at the age of 73

In a club statement announcing the news, chairman Douglas Park said: “It is almost impossible to encapsulate what Walter meant to every one of us at Rangers.

“He embodied everything that a Ranger should be. His character and leadership was second to none and will live long in the memory of everyone he worked with during his two terms as first-team manager.

“I spoke with Walter as recently as last weekend. Even when he was battling illness, he was still able to provide advice and support. For that, I am personally grateful. I know that he continued also to maintain dialogue with senior members of staff, including our manager, Steven Gerrard.

“Walter will be sorely missed by all of us at Rangers. For Rangers supporters, he was much more than just a football manager. Walter was a friend to many, a leader, an ambassador, and – most of all – a legend.”

It is with profound sadness that we announce the passing of our former manager, chairman and club legend, Walter Smith.https://t.co/5VJn3JeqbV pic.twitter.com/E2GMYjr8fN

Smith won 10 league titles with Rangers, including seven in a row, as well as five Scottish Cups and six League Cups. He also took Rangers to the 2008 UEFA Cup final.

He remains the club’s second most successful manager after Bill Struth.

Smith began his career as assistant manager to Jim McLean, at Dundee United. He was then was assistant to Sir Alex Ferguson for Scotland at the 1986 World Cup.

After moving from Tannadice to Rangers in 1986 as Graeme Souness’ number two, he took sole charge in 1991 and embarked on a near-decade of dominance – including the domestic treble in 1993 – to equal Celtic’s record of nine successive titles in 1997. He was awarded an OBE for services to football the same year.

After success in Scotland, he was enticed to the Premier League by Everton, where he was their manager between 1998 and 2002.

His stint at Old Trafford didn’t last long as in 2004 he took up the Scottish National Team job for the next 3 years. However, when Rangers came calling in 2007 he immediately returned and spent another 4 years at the club. In his final season, 2010-11, he won the League cup and Rangers 54th League title.

Rangers, who host Aberdeen on Wednesday, asked for the Smith family’s privacy to be respected.

And Everton said in a statement: “Everton Football Club is deeply saddened to learn of the passing of the club’s former manager, Walter Smith OBE.

“The Scot was a tremendously popular figure at Everton, players and staff unanimously warming to Smith’s genial and empathetic nature.”

Tributes have been flooding in from across the football community.

Everyone at Manchester United is deeply saddened to hear of the passing of Walter Smith.

Our thoughts and prayers are with Walter’s friends and family at this extremely difficult time. pic.twitter.com/A2gNf7rytY

Walter was a tremendous servant to Scottish football and everyone at #CelticFC sends their heartfelt condolences.

Thoughts, prayers and condolences with Walter Smith’s family and loved ones today. Heartbreaking to lose another great of Scottish football. A man of wisdom, dignity and integrity whose legacy will live on. May he rest in peace 💙 pic.twitter.com/41alZ1TYsw

“Scottish football has lost an all-time great today. Walter’s stature in the game cannot be overstated and he is a rare example of someone who truly deserves the legendary status that has been bestowed upon him.”https://t.co/Ga554oB667 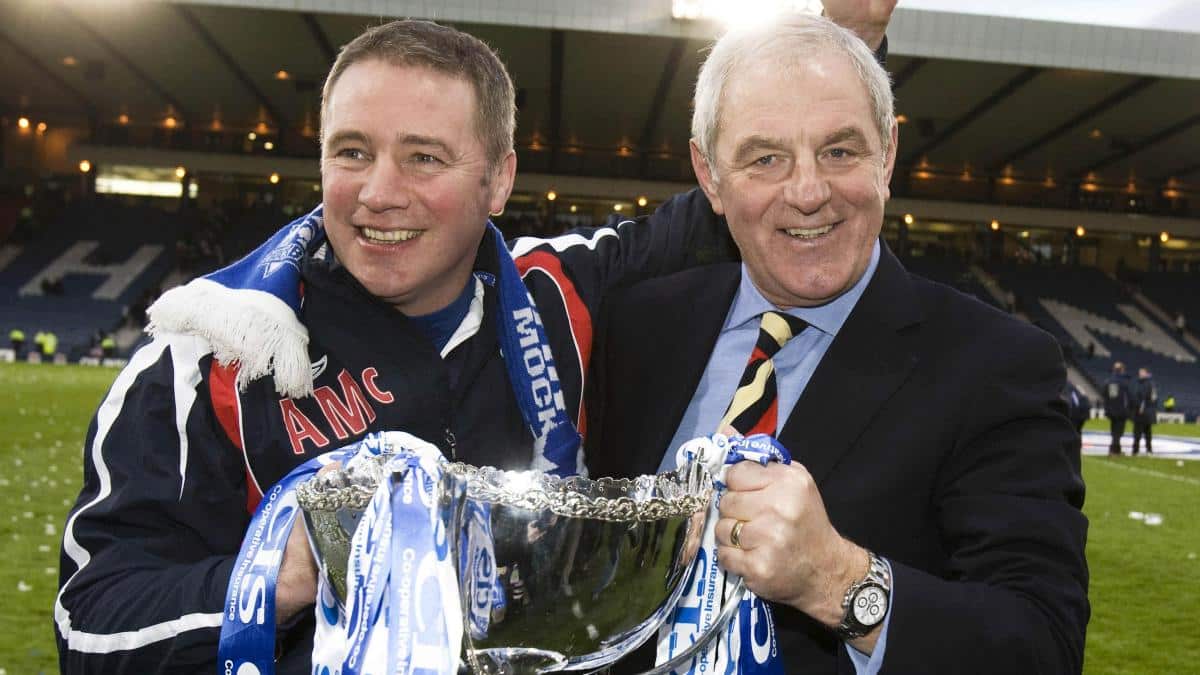