Liverpool, Burnley and Stoke City were the big stories of the opening night in the Third Round of the Carabao Cup. The Premier League trio who all held high hopes for this year’s competition were eliminated last night with another six top flight teams looking to avoid a similar fate this evening.

Liverpool who faced a trip to fellow Premier league side Leicester will still be wondering how they managed to lose at the King Power. The Reds dominated the first half creating chance after chance after chance but somehow failed to capitalize on any of them. Even then you wouldn’t have believed Liverpool would be heading out of the competition, however their defensive problems emerged yet again much to manager Jurgen Klopp’s frustration. On 65 minutes the deadlock was broken, Shinji Okazaki firing home from a corner after more shoddy defensive work.

As much as the first goal was an abject bit of defending the second was unstoppable as Islam Slimani released a superb strike right into the top corner to beat keeper Danny Ward. Klopp’s anger and frustration was clear after the final whistle as the German admitted in his post match interview after being asked about Okazaki’s opener that he was “sick of conceding such goals”.

Both of Stoke and Burnley were in the end dumped out by Championship opposition. Stoke who’s manager mark Hughes said before the game that his side were going to give it a really good go were beaten at the hands of Bristol City who have made a solid start to their Championship campaign. However it wasn’t until the 50th minute that the home side edged in front with a smart finish from new arrival Famara Diedhou. It was soon two when just ten minutes later Matty Taylor produced a excellent low finish to effectively finish off the Potters. Stoke conceded twice in just ten minutes after changing to a 4-4-2 formation for the second half. A decision which ultimately saw them go out of the cup and be comfortably beaten at Ashton Gate.

Burnley’s exit at the hands of the Championship Leaders Leeds United was a much closer affair. The game which for the first 80 minutes had been firmly in the not a classic category burst into life in a mad last ten minutes at Turf Moor. Leeds struck first when forward Heidi Sacko turned home from close range after excellent work from substitute Pablo Hernandez. It looked like this would be enough for victory but on 89 minutes Burnley were given a penalty after Gaetano Berardi had been adjudged to be holding Kevin Long. Former Leeds striker Chris Wood stepped up to level the scores but this was just the start of the drama as we entered six minutes of stoppage time.

In the fourth minute of it Leeds struck what seemed like a killer blow when they were awarded a penalty of their own. Clarets skipper James Tarkowski brought down Kemar Roofe and allowed Pablo Hernandez to put Leeds back in front. This lead held until the last kick of the 90 when winger Robbie Brady curled a stunning free kick into the top corner to send the tie to extra time. This passed without too much alarm and in the subsequent shootout Leeds triumphed 5-3 after Burnley skipper Tarkowski saw his effort pushed away by Andy Lonergan.

The third round as a whole draws to a close this evening as another five ties are played. Arsenal who have had a very indifferent start to their campaign face League one Doncaster Rovers at the Emirates after they saw off Hull in the last round. The Gunners shouldn’t face any issues here however manager Arsene Wenger is expected to widely shuffle his pack.

Chelsea also face a home tie but they will be up against slightly stronger opponents in Championship side Nottingham Forest. Forest have made a decent start to their league season in the Championship and toppled Premier league Newcastle United in the last round to earn this trip to the Bridge.However Chelsea are not expected to face any major problems in this one and will be very confident of booking their place in the fourth round yet again.

Everton have had a disastrous period in the last few weeks and manager Ronald Koeman is under serious pressure to get a result this evening. The Toffees face Sunderland at Goodison Park, a side who have struggled on previous visits to Merseyside and were relegated from the top flight last season. They like their PL opponents have had a very poor run of form of late and in truth aren’t expected to cause an upset however with the pressure on Koeman and his side to get a result you never know.

Manchester United have looked the real deal so far this season. They made some excellent additions in the summer and Jose Mourinho has also managed to get the best out of the existing players at Old Trafford. They face Burton who just about managed to survive relegation from the Championship last season. United are expected to record an easy and emphatic victory at old Trafford tonight and if Burton could somehow find a way to avoid this it would be without question the shock of the round.

The final match of the evening sees an all Premier league affair between West Brom and Manchester City at the Hawthorns. The Baggies have made a great start to their season and have looked as any Tony Pulis side does defensively sound throughout. They will face a huge test this evening though from Pep Guardiola’s City side who have been rampant in front of goal in their last three games racking up a massive 15 goals without reply. Again City are expected to get through but it certainly not be easy and could be the toughest game of the night to call. 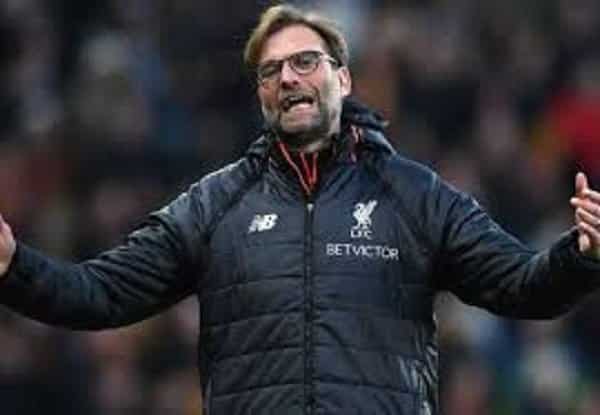