When Jan Blachowicz lost the UFC Light Heavyweight title to Glover Teixeira in October of 2021, many pundits weighed in, saying that his effort looked subpar. Perhaps Blachowicz was just happy to have won the title and did not have the necessary hunger to defend the belt and become a great champion. However, his return to the octagon in May of this year provided fans with a look at a newly motivated fighter who appeared ready to regain his championship form. On Saturday, at UFC 282 in Las Vegas, Blachowicz will get a shot at the vacant championship belt. But he’ll have to go through Magomed Ankalaev in order to recapture his glory. There’s a lot to unpack here; without further ado, let’s get into it!

In the eyes of many observers, Magomed Ankalaev is already the best light heavyweight in mixed martial arts. However, he has never been given a title shot since joining the UFC in March of 2018. As much as combat sports is supposed to be a meritocracy, it is also a business; there were other fighters in the division with bigger names and longer resumes. Of course they would be given a chance before him.

Three different men have held the UFC’s Light Heavyweight belt since September of 2020; that is a lot of turnover for a highly coveted prize. If Ankalaev is able to prove the pundits right and defeat Blachowicz on Saturday, he will be the fourth man to hold the belt in that time span. However, Blachowicz is a proud former champion and he will not go down without putting up a serious fight. Be sure to tune in to witness these two warriors face off in the middle of the octagon!

Paddy Pimblett is undefeated in two appearances inside the octagon this year. On Saturday, he will pursue his third victory of 2022. He entered the UFC with the most fanfare since Conor McGregor and so far he has not disappointed. However, although he has not been taken the distance in his three appearances in the world’s most renowned mixed martial arts organization, he has not had the electrifying moments of men like Brock Lesnar, Bill Goldberg or the aforementioned McGregor, who captured the imagination of audiences with charismatic performances that were unforgettable in their excitement and execution. Paddy is excellent at self promotion; it remains to be seen if he will become a championship level fighter.

Lightweight veteran Jared Gordon is 34-years-old, has been in the UFC since June of 2017 and is still an unranked fighter. He has stated publicly that it is his goal to brake into the top fifteen in the divisional rankings and eventually compete for the title. As of right now, the organization seems content to place him in fights against young up-and-comers who are supposed to beat him on their way to stardom. Gordon wants to change all of that and is out to prove his naysayers wrong. If he is able to pull off an upset against Pimblett on Saturday, it will go a long ways towards proving that he deserves more consideration. You won’t want to miss it when Gordon and Pimblett put it all on the line in front of a sold out crowd at T-Mobile Arena!

Welterweight octagon veteran Santiago Ponzinibbio has lost three out of his last four fights. However, he is still held in high regards by mixed martial arts fans due to the seven fight win streak he engaged in from 2015 to 2018. At the time, it seemed that Ponzinibbio was a future title contender. Now it appears he is trying to regain his footing in an increasingly competitive division. At 36-years-old, his appearance on the main card at UFC 282 may be his last chance to prove he is among the elite fighters in the organization before being relegated to smaller regional circuits.

32-year-old Alex Morono is in the midst of a four fight win streak. Once upon a time, he was the Welterweight Champion in the Legacy Fighting Championship organization; he is yet to experience the same level of stardom in the UFC. However, a win against a respected veteran like Ponzinibbio in front of a sold out crowd in Las Vegas would do wonders for Morono’s profile. Be sure to tune in to witness these two battle tested warriors square off in the middle of the octagon!

Till vs. Du Plessis

Middleweight veteran Darren Till hasn’t made an appearance in the octagon since September of last year. On that night, he suffered defeat at the hands of Derek Brunson through a rear naked chokehold. Although he hasn’t performed in front of fans in over a year, Till is still ranked tenth in the UFC’s divisional rankings. It will be interesting to see how the native of Liverpool performs once he is back under the bright lights in front of a sold out Las Vegas crowd.

28-year-old Dricus Du Plessis was once simultaneously the EFC Middleweight Champion and the KSW Welterweight Champion. That was as recently as October of 2020, when he relinquished both belts in order to join the UFC’s roster. Still, it is impressive that Du Plessis held belts in two different weight classes and in two different organizations. That sort of thing has not been done since the early 2000’s when fighters regularly fought in multiple organizations. Certainly, Du Plessis could be referred to as a throwback fighter, who would fit in with the gladiators of previous eras. Du Plessis is currently ranked tenth in the UFC’s divisional rankings; many feel he is a future champion just waiting to get his shot at the title. Be sure to tune in to witness Till versus Du Plessis on Saturday night!

Bryce Mitchell hails from the Southeastern State of Arkansas. His nickname, “Thug Nasty,” is a reference to the candy paint, big rims and old school cars that are so popular all throughout The South. However, Mitchell is more than just a clever interviewer with a memorable moniker; he can really fight. The rising featherweight star is a Black belt in Brazilian Jiu-Jitsu and is undefeated in fifteen professional fights. Currently ranked ninth in the division, many feel that it is just a matter of time before Mitchell gets a shot at the title.

25-year-old German featherweight Ilia Topuria is undefeated in twelve professional fights. After capturing titles in several regional circuits throughout Europe, Topuria was called up to the UFC in October of 2020. Since joining the world’s most renowned mixed martial arts organization, Topuria has continued to impress and is now on the verge of performing on the main card of a pay-per-view event. He is currently ranked fourteenth in the organization’s divisional rankings and could enter the top ten with a win on Saturday night. Mitchell and Topuria are both undefeated; one man will leave the octagon with the first loss of his career. You won’t want to miss it!

UFC 282 can be viewed via pay-per-view on BT Sport in The United Kingdom and through ESPN Plus in The United States. As always, we’ll have all the latest updates about the outcomes of the fights, as well as in depth analysis, available right here at World in Sport! 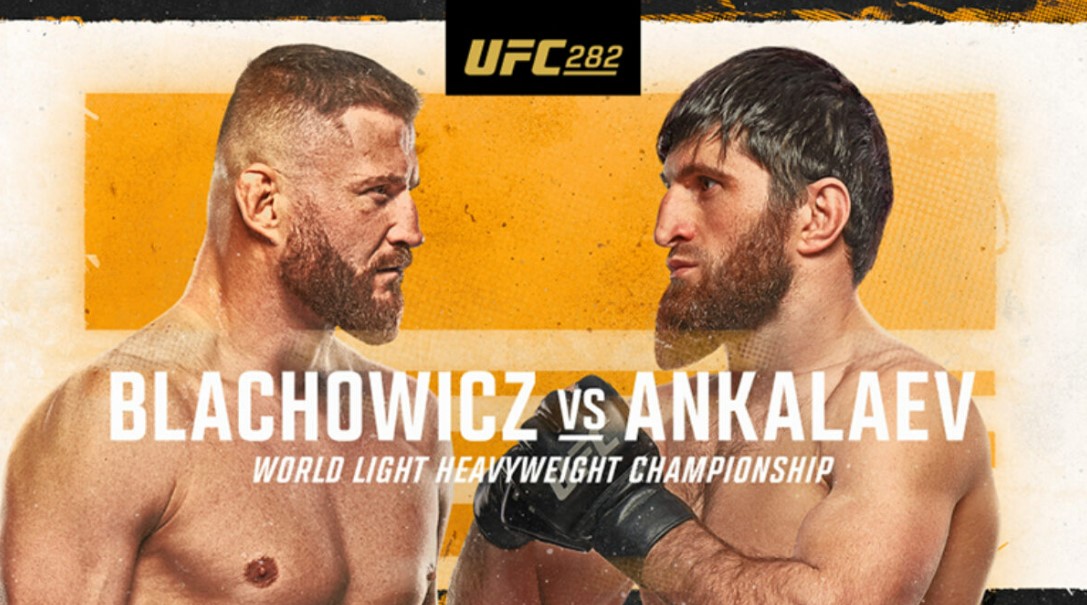