The defending Portuguese National Champions were off in running in the first of the three game tournament.

Newly signed player R. de Thomas got the scoring started in the 4th minute to put Benfica on the board first. The Eagles had most of the possession in the first half but Chivas were close to tying up the game from a rocket outside the box that hit the crossbar but was one of the few chances they were able to muster. The teams headed in to halftime with Benfica ahead 1-0.

The second half began with Chivas taking control of the first 15 minutes but again hit the woodwork with an opportunity to get the game level. Benfica were finally able to get back control of the game with two quick strikes in the 70th and 73rd minute. The first came from Rafa with the set up coming from precision passing to find him walking in alone on the Chivas keeper to bury it for a two goal lead. They were then able to put the game away when Seferovic who lead the Liga NOS with 23 goals last season, was able to bury a nice pass from just outside the box to make it 3-0.

Benfica looked solid in their first game overseas and Coach Bruno Lage was able to integrate many of the players from the bench into the game to keep everyone fresh for the next two upcoming games.

Benfica will next face AC Fiorentina in New Jersey on July 24th. 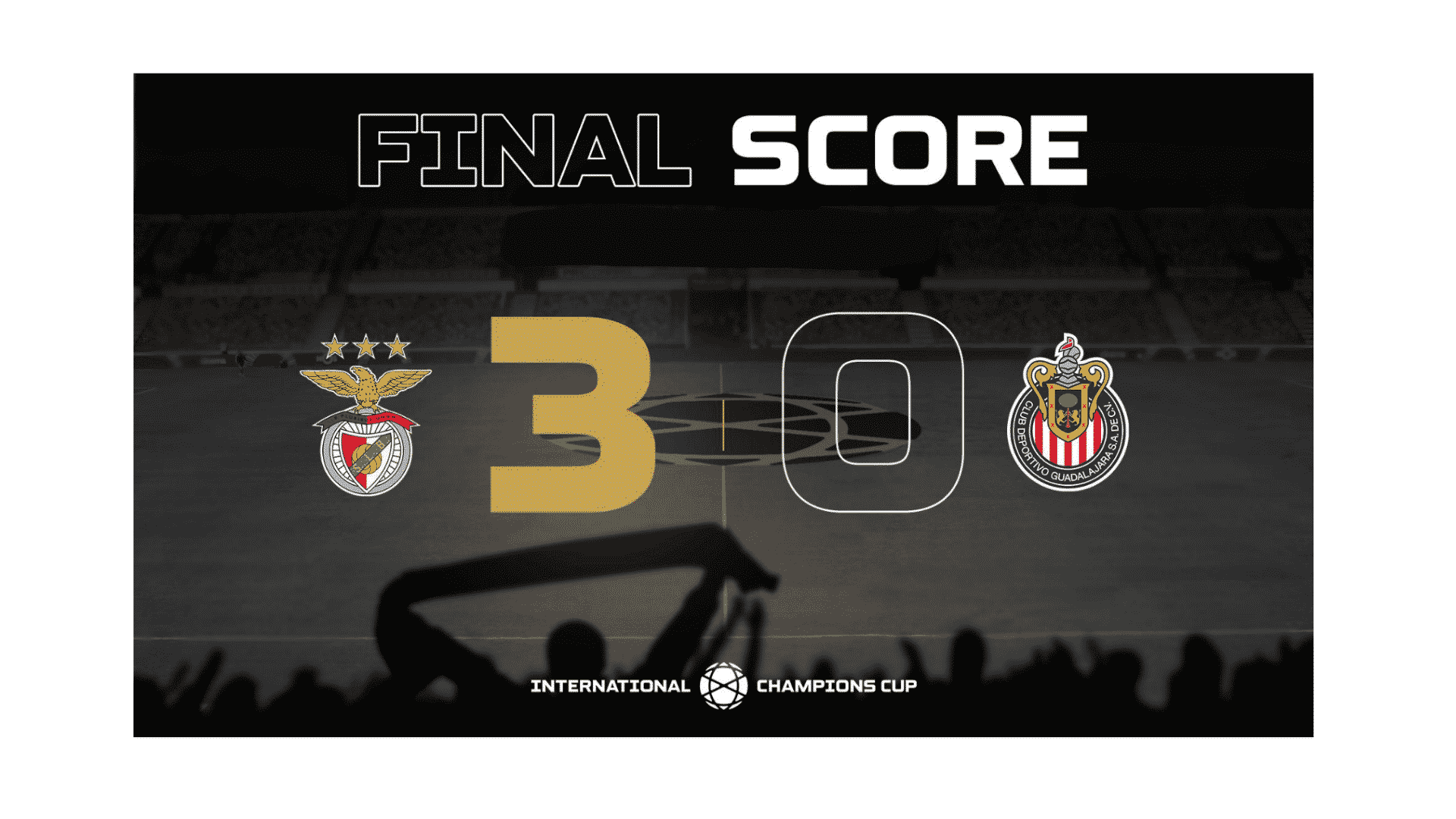