A double-century partnership between Graham Clark and Scott Borthwick would see Durham top Group A after the final Royal London Cup group games.

Thursday’s Hundred games between Northern Superchargers and the Manchester Originals will be reviewed in tomorrow’s column alongside Trent Rockets and Birmingham Phoenix from later today.

Durham vs Hampshire (Group A)

Nick Gubbins would be bowled by Paul van Meekeren for 24 before James Fuller would be caught by Sean Dickson off the same bowler for 24. Fletcha Middleton would be LBW to Borthwick for 16 before Felix Organ would be run out by Dickson for 79. Tom Scriven would be the final wicket to fall, caught Borthwick off the bowling of van Meekeren for 42 – Kyle Abbott and Scott Currie getting 9 and 7 not out respectively.

Alex Lees would be the only wicket to fall, caught behind by Alsop off the bowling of Fuller, for 4 with Graham Clark and Borthwick scoring 141 and 71 not out respectively.

Kent vs Gloucestershire (Group A)

Gloucestershire won the toss and elected to field first.

Price would fall LBW to Leaning for 24 with Bracey the other wicket to fall, LBW to Logan, for 23 with Chris Dent (112) and van Buuren (51) the not out batsmen.

Lancashire vs Essex (Group A)

Essex would win the toss and elect to field first.

Sussex vs Middlesex (Group A)

Ali Orr would be caught & bowled by James Harris for 13 before a 219-run partnership between Ben Brown & Tom Haines would be ended when the latter was caught by Steve Eskinazi off the bowling of Martin Andersson for 123. Brown would be caught by Max Holden off the bowling of Thilan Walallawita for 105 before David Wiese would be the final wicket to fall, run out by Robbie White for 33 off 11 balls – Travis Head finishing with 46 not out off 20 balls.

Derbyshire vs Surrey (Group B)

Derbyshire won the toss and elected to bat first.

Glamorgan vs Yorkshire (Group B)

Glamorgan would win the toss and elect to field first.

Hamish Rutherford and Nick Selman would put on 121 for the opening wicket partnership before the former was bowled by Coad for 58 before Reingold would be bowled by Hill for 25. Carlson would also fall the same way for 1 before Selman would be caught by Ballance off Hill’s bowling for 92.

Northamptonshire vs Leicestershire (Group B)

Leicestershire won the toss and elected to bat first.

Warwickshire vs Somerset (Group B)

Somerset would win the toss and elect to bat first. 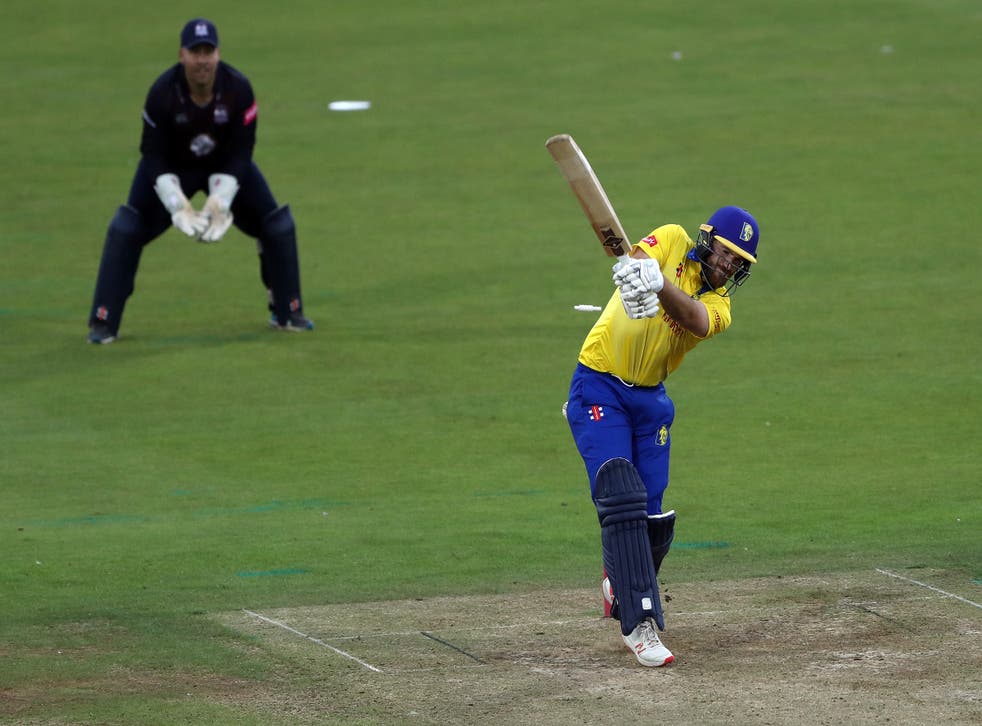