Denny Hamlin prevailed in a four-lap run to the checkered flag to win a wreck-filled race at newly paved Watkins Glen International on Sunday.It’s the first road course win of Hamlin’s career as he survived a race that had eight cautions for 24 laps and two red flags for 30 minutes.Hamlin led Joey Logano, Truex, Kyle Larson and Keselowski on the restart. Truex moved up to second after passing Logano, but Keselowski appeared to tag his bumper coming out of the final turn.

Joey Logano finished second, followed by Keselowski, AJ Allmendinger and Stewart. Stewart, who is retiring after the season, will finish his career with eight road wins, one fewer than Jeff Gordon’s 9 victories.

“I don’t know what causes it,” Hamlin said. “It just happens every now and then. It’s never happened on a race day, for sure. Usually I’m in the car, and things get looser as the weekend goes on. … But just today, you know, slept wrong — something. Woke up and knew I was in pretty big trouble. We worked on it all day to try to make it better. We really didn’t make it much better.

Chris Buescher, last week’s surprise winner at Pocono Raceway, made up half of the six-point deficit that stood between him and a spot in the Chase for the NASCAR Sprint Cup,was caught up in a Lap 84 wreck near the exit from the Inner Loop at Watkins Glen, Buescher finished up 30th and gained three points on David Ragan, who is holding 30th in the series standings. With a win in hand, Buescher must finish in the top 30 in the standings at the end of the 26-race regular season to be eligible to compete in the Chase.

A tap from Allmendinger sent Kyle Larson spinning into the inside barrier as the drivers were battling in Turn 7 on the last lap. Allmendinger finished fourth, but Larson dropped to 29th, with his Chase hopes taking a serious hit. 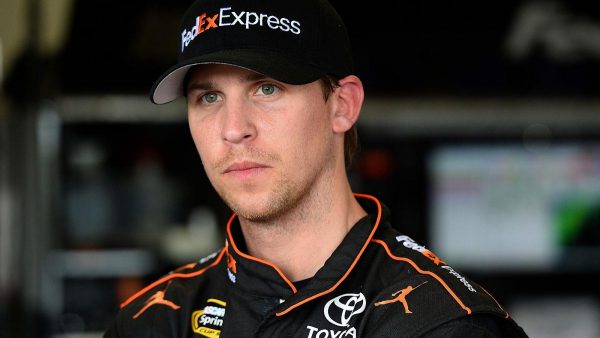