Joey Logano grabbed the win at Talladega for his first Monster Energy NASCAR Cup Series win of the 2018 season and his third all-time at Talledega.

Joey Logano was in pole position when the race returned to green with 17 laps remaining,he had Kurt Busch, Kevin Harvick along with Chase Elliott breathing down his neck.Logano had a number of single-file racing with few attempts to create second and third lanes of running.Kurt Busch, Elliot, Harvick, Stenhouse Jr,Ragan and Amirola. It was basically a Ford clique,as Chase was the lone Chevy driver in the pack of Ford’s.Elliot tried to force the issue,but the Ford’s. weren’t having any of it,decided rather to work together as a whole then as individuals.

“When you look at these speedway races, you got to be in a position. You can’t do anything on your own,” explained Logano’s crew chief, Todd Gordon. “You try to find those guys that have common interests.

Ford has won half of the races so far this season, the Ford Company plans to pull the Fusion from the Monster Energy Series next year and will go with the Ford Mustang. Logano’s victory brought an end to Kyle Busch’s three-race winning streak, as Toyota’s didn’t show up with only 12 laps led, Ford’s led a commanding 126 laps.

Next week we travel to the Monster Mile at Dover International. 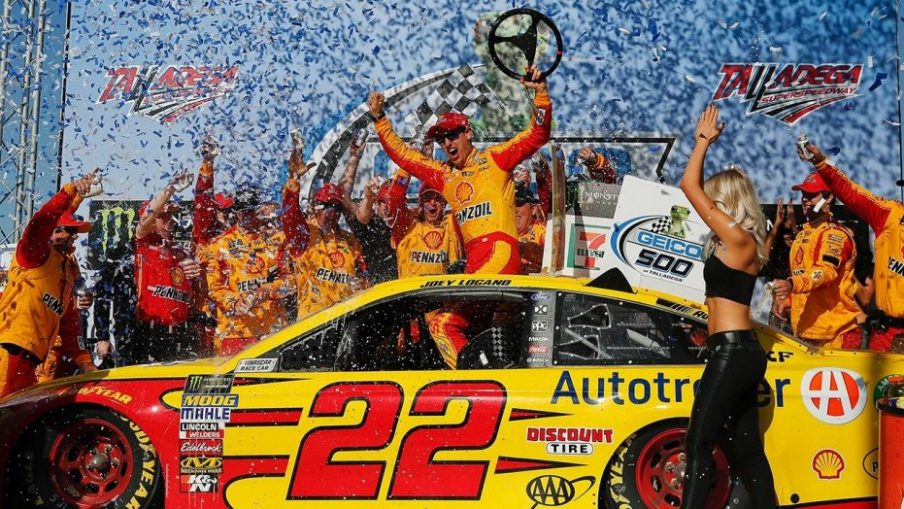