Keselowski passed Ryan Newman for the lead on the white flag of a three-lap run to the finish, then held on to clinch the win in a race where only 14 drivers crossed the finish line.Keselowski beat Ryan Newman to the line by .210-seconds for his 24th career win and fifth race at Talledega.With the win, Keselowski advances to the Round of 8.

“This is still sinking in,” Keselowski said. “It is a special place to get to race and a special place when you win here. It was really a collaborative effort with the team and getting a real fast car and making the right moves as a driver and a lot of help from up above with staying out of those wrecks. It really takes all three and we had them all today.”

Playoff driver Jamie McMurray was involved in the first caution of the afternoon on Lap 26. He was trying to make it onto pit road and cut in front of Erik Jones.The contact sent McMurray up the track and into Jeffrey Earnhardt, and left McMurray with heavy damage,and a pretty big blow to his Championship chances.

In his final run at Talladega, pole winner Dale Earnhardt Jr. restarted third after the 11th and final caution, tried unsuccessfully to push Keselowski to the lead through the first two corners and fell back to seventh at the finish.

The last race of the second round will be next Sunday, at Kansas Speedway.Kyle Busch, Kenseth, Stenhouse and McMurray are below the current cut line, but only 29 points separate Harvick in fourth place from Busch in ninth. 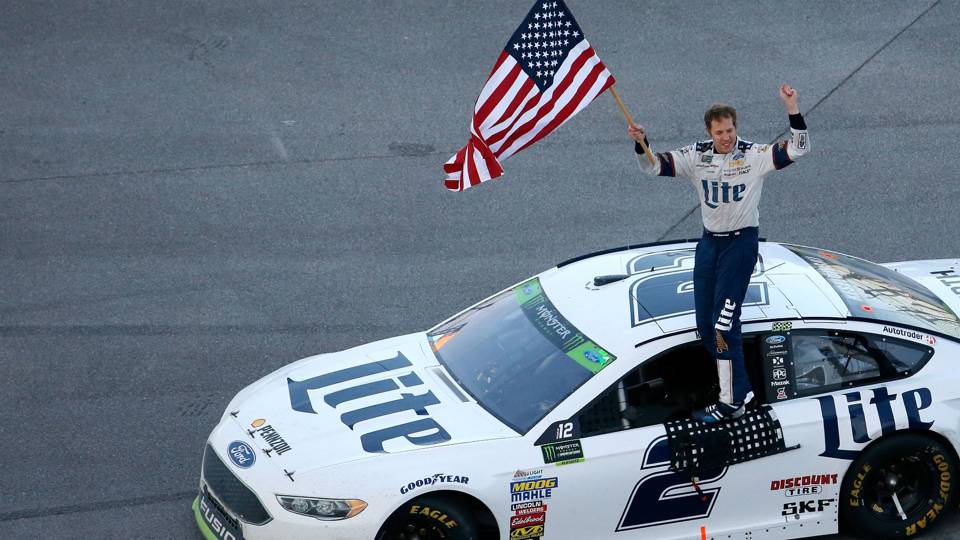