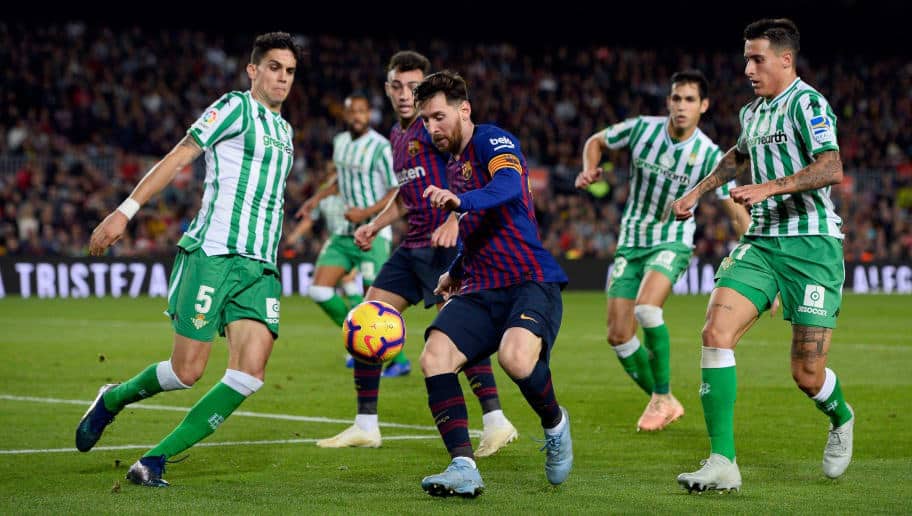 One of Spain’s most popular football clubs, Real Betis, finished 10th last season in what some of the club’s managers likely considered a disappointing effort. This year, things are looking up for Betis, as several new signings bring promise. A recent deal with easyMarkets, a key trading company based in Cyprus, will deliver a major dose of financial stability to the storied football club, one of Spain’s most beloved of all sports teams. For its part, the sports squad’s new sponsorship arrangement with the trading firm means that Real Betis has achieved something few other clubs have had the business tenacity to do: they began with an un-sponsored team after coming back to La Liga in 2011 and in six short years were able to gradually ramp up sponsorship funds from nothing to the present level of about $13 million.

All this good news for Real Betis comes on the heels of the loss of a former two-year sponsorship deal with a crypto-currency firm. The 2019/2020 football season will mark the first time the team will be able to breathe easy and focus on sports rather than worrying about where the next bit of funding will come from.More than a half-dozen players are now officially listed as “in,” and another half-dozen or so are “out.” Who’s on what list? Here’s a quick look:

The biggest news of the current season, so far, has been the signing of Nabil Fekir from France. His move to Betis is considered one of the most important acquisitions the Spanish team has made in at least a half-decade. Fekir’s contract will last for five years, until 2023 and is worth about $22 million in total. Fekir trained entirely in the “academy” of the French football club, often considered one of the best places to learn the high-level skills of the sport. To date, his experience is something to be admired. The star players have amassed more than 200 appearances in professional contests, scored an incredible number of goals, 69, along with 41 solo assists.

When France won the grand prize of the sport in 2018, the World Cup, the team captain was none other than Fekir. The 26-year-old phenom was rumored to be moving on to Liverpool before his deal with Betis was signed. That was a huge disappointment to Liverpool fans but a major victory for Betis enthusiasts. What some football fans don’t know is that Fekir has a younger brother who was also signed by Real Betis. The tenth-place squad hopes that players like Fekir will be able to propel them to the upper echelons of world football dominance.

Left back and left winger Alex Moreno is another name in which the Betis managers have placed high hopes for the upcoming season. Already a local star among Seville fans, Moreno will be one of the key components of any grouping that sends Real Betis into the top part of this year’s final results.