Nottingham Forest travelled to The Stadium Of Light where they would face an out of form Sunderland team, who had just been relegated from the Premier League. Mark Warburton played a 4-2-3-1 formation with former Sunderland striker Daryl Murphy leading the line for Forest.

Sunderland started the brighter of the 2 teams in a game that had very little to talk about. Lewis Grabban saw his curling effort go just over the crossbar, new signing Callum McManaman’s shot was expertly blocked by Forest defender Matt Mills to deny Sunderland the opening goal of the game. Forest had few chances of significance, Kieran Dowell and Andreas Bouchalakis putting shots harmlessly over the crossbar. The sides went in at 0-0 at the end of the first half.

Sunderland came out in the second half and still looked the better team, Callum McManaman forced Jordan Smith into a good save, his first of the night. Jonny Williams hammered a shot over the bar but it just wasn’t to be for Sunderland. Then with just four minutes to go Barrie McKay pounced onto a poor back pass from Tyias Browning, fed Daryl Murphy through who then coolly slotted into the bottom right corner to win the game for the visitors. 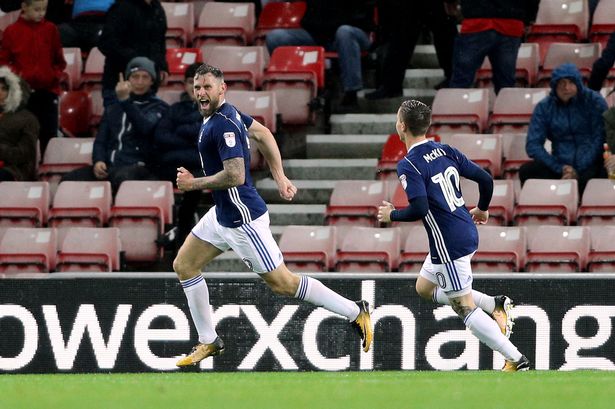