As we approach the final stage of the season, the fight to avoid relegation from the Premier League heats up and in this article, we’re going to be taking a look at the sides who are in the most danger of dropping out of the Premier League this season.

One of those teams is the East Anglian outfit Norwich City, who currently occupy the bottom spot in the Premier League table. The Canaries have been yoyoing between the Premier League and the Championship for a few years now, with the general consensus being that they’re a team who are too good for the second division, winning the league and earning promotion last campaign with 97 points, but also not good enough to stay in the top flight. With Finish striker Teemu Pukki, netting 26 goals last season, only being able to find the net just eight times in their return to the top division.

Manager Daniel Farke, who was appointed back in 2017 and earned two promotions and a relegation from the EPL, was sacked last November after just one win from their opening ten games in the league and was replaced by former Aston Villa Head Coach Dean Smith. The Canaries have taken just 12 points from a possible 54 since Smith has taken over and although they picked up vital wins against fellow relegation rivals Watford and Everton in that time period, all the signs point to a squad of players who don’t have the qualities to sustain a real challenge to stay in the Premier League once again.

Dean Smith’s men have nine matches left of the season, which includes crucial matches against the likes of Burnley, Newcastle and Brighton & Hove Albion amongst others. Smith will hope that his players’ willingness to fight can override their lack of quality in order to pick up as many points as they can to avoid being relegated into the Championship for the second time in as many seasons.

But with the club being the lowest scorers (18 goals) and conceding the most goals (63 goals) in the league this season, it’s quite hard to see how they can get themselves out of the drop zone unless they drastically get their act together in both defence and attack.

When Roy Hodgson was appointed as the new Hornets manager in late January, he became the latest in a long-running list of managers to be hired at the club since the Pozzo family took over the club in 2012. The club started the season with Spanish Head Coach Xisco, who got them promotion into the Premier League last season, but he was let go with just nine league games played following a 1-0 loss the Leeds in early October, with the club sat in 14th place at the time. The Hornets then turned to former Chelsea, Roma and Leicester City manager Claudio Ranieri to change their fortunes around.

But the Italian, who guided the foxes to heroic Premier League title back in 2016, couldn’t repeat his magic in Hertfordshire and was himself sacked following a run of form which saw them win only two of fourteen matches in all competitions. So now the Hornets turn to former England, Liverpool, Fulham and Crystal Palace manager Roy Hodgson to keep them in the Premier League. When Watford drew 0-0 away to fellow relegation rivals Burnley in Hodgson’s first game as manager, it was their first clean sheet in the top flight since February 2020, when Nigel Pearson’s Watford side famously beat title-chasers Liverpool 3-0 at Vicarage Road.

This demonstrates how leaky their defence has been since earning promotion back into the Premier League and could be the factor that hinders them in their bid to stay in the EPL. Despite their defensive errors, the Hornets have a couple of bright sparks going forward in form of Emmanuel Dennis and Cucho Hernadez. The Nigerian forward Dennis has 9 goals this season, including the winner against Aston Villa in February and the Columbian Hernandez, who has hit some form at the right time following an assist and a spectacular overhead kick goal against Arsenal, and netting twice their 2-1 win against Southampton just before the international break.

Watford have massive games against a resurgent Leeds United alongside fellow relegation strugglers, Burnley and Everton, in their final nine games of the season and if they can fix their defensive issues as well as keep the form of Dennis and Hernandez going, then Roy Hodgson and his players have a real chance of avoiding relegation into the second division after only just getting promoted back into the top flight.

For Sean Dyche and his players, this battle isn’t a new experience. Ever since their promotion back into the Premier League in 2016, their main goal has been to avoid relegation by any means necessary. Dyche’s Burnley side have built up a reputation as an ugly side to play against, with a traditional 4-4-2 formation and a style of football that may not be pleasing to watch on a regular basis.

But regardless of their style of play and tactics, it has always seemed to work for Dyche and his players as they’ve waived off relegation fears each season and even finished 7th place in the 2017/18 Premier League campaign, earning them a place in the qualifying rounds of the following season’s Europa League.

However, this season is different and the Burnely we’ve seen in seasons gone by are not the team we see this campaign. So far this season, they’ve only kept seven clean sheets, their lowest since returning to the top flight and their defence isn’t looking as stronger and formidable as we’ve in the years before.

Along with their defensive problems, they’ve also struggled in front of goal as well, with the Lancashire outfit only scoring 22 goals so far this season, once again their lowest in a Premier League campaign. Although summer singing Maxwel Cornet has been a glimmer of light for Burnely this season, his injury troubles as well as his time in the AFCON has meant that Sean Dyche hasn’t been able to get the most out of him this season.

With talisman Chris Wood departing for Newcastle United in January, Dutch striker Wout Weghorst was brought in as his replacement for £12 million from Wolfsburg. So far, he’s only scored once in five matches for Burnley this season, and Sean Dyche will be hoping that his new centre forward can score the goals they need to defy the odds and somehow survive another season in the top flight. Despite Burnely being one of if not the League’s least spending team.

Everton’s problems on and off the field have been well established for some time now. Despite their lofty ambitions of competing in Europe and in the top end of the Premier League, they currently find themselves 17th in the table, just three points above the drop zone with 11 games of the season left to play. Their frailties at the back are being put on full display as it contains a number of players signed a flurry of different managers over the years with what seems like little cohesion and desire between any of them.

After their dismal 4-0 FA Cup defeat to Crystal Palace on Sunday, Toffies manager Frank Lampard questioned the mentality of his players, saying ” “There is only so much you can keep trying to butter someone up to give them confidence,” manager Lampard said. “We are playing at the cut-throat end of football here. This is a cup quarter-final to get to Wembley and if you haven’t got the confidence to play, you can quickly flip it and say have you got the b******s to play? “Sorry, excuse me, but that is the football reality. If you fall somewhere in the middle then don’t worry about it.”

This is quite a scathing criticism of his players, and although some people i.e. Chris Sutton may say Lampard might regret his comments, it’s hard to deny that his players have been woeful this season both under Rafa Benitez and Frank Lampard. Big money signings like Micheal Keane, Ben Godfrey and Alex Iwobi have failed to establish themselves as solid reliable players during their time at Goodison Park and the Toffees are increasingly relying on Brazilian forward Richarlison and injury-prone attackers like Domonic Calvert-Lewin and Demarai Gray to get themselves out of danger this campaign.

The blue half of Merseyside have spent more than £500 million since Iranian billionaire Farhad Moshiri bought 49.9% of the club in February 2016, and now all they have to show for it is a potential relegation to the second tier of English football. Something which for a club of Everton’s stature and pedigree within the English game would’ve been completely unheard of. But now that this has become a very real possibility for them, Frank Lampard, who lacks experience in relegation battles unlike his fellow managerial counterparts, has to re-energise his players and remind them of what Everton Football Club means to the English game and why they should stay in the top flight above all else.

They hope to avoid being like Derby County, Nottingham Forrest, Notts County etc., other clubs who have been essential to the English but who have fallen by the wayside in the last two decades or so.

With the 2021/22 season drawing to its final conclusion, the race to stay in the Premier League really heats up as sides who have games in-hand on other teams around them look to one-up each other in their desperate journies to avoid dropping down to England’s second tier. 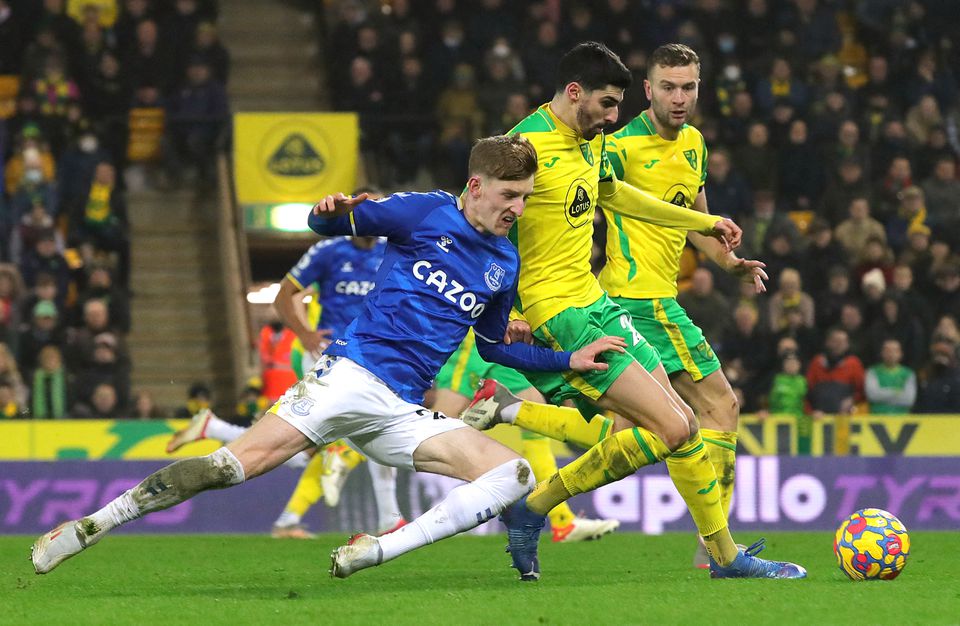