Tom Abell and Tom Lammonby put on an unbeaten century stand saw Somerset advance to Finals Day as all of the South teams progress for the first time ever from the quarter-finals (the North did the same in 2016).

All counties return to County Championship action as they start the second group stage tomorrow.

Yorkshire would win the toss and elect to bat first with the game being played at Durham due to the Test match between England and India taking place at Headingley.

Jordan Thompson would be caught by the same fielder off the bowling of Mills for 16 before opener Tom Kohler-Cadmore would be caught behind by Phil Salt off the same bowler for 55. Matthew Waite would be the final wicket to fall, bowled by Jordan, for 3 while Will Fraine and Matt Fisher finishing on 6 and 0 respectively.

David Wiese would be the final wicket to fall, caught by Lyth off Thompson’s bowling, for 19 with Khan (27 off 9 balls) and Jordan (7) seeing the visitors home with 2 balls to spare.

Notts won the toss and elected to field first.

Somerset would win the toss and elected to field first.

Dane Vilas would be caught by Will Smeed off the bowling of Tom Lammonby for 42 before Steven Croft would be caught by Green off the bowling of Marchant de Lange for 11. Danny Lamb (5, bowled) and Tom Bailey (golden duck, LBW) would fall to successive balls to the same bowler before Tom Hartley would be the final wicket to fall, run out by van der Merwe, for 3 – Rob Jones (38 off 27 balls) and Richard Gleeson (0) the not out batsmen.

Banton would be bowled by Bailey for 1 before James Hildreth would be bowled by Lamb for the same score. Smeed would be the other wicket to fall, caught by Bailey off the same bowler, for 44 off 33 balls with Abell (pictured below, 78 off 45 balls) and Lammonby (47 off 28 balls) putting on an unbeaten 102 for the fourth-wicket partnership.

Alex Blake would be caught by Chris Benjamin off the bowling of Bresnan for 8 before Sam Billings would be caught by Woakes off the same bowler for 56 off 37 balls. Jordan Cox would be the final wicket to fall, caught by Sam Hain to give Bresnan his fourth wicket of the innings, for 9 with Adam Milne (8) and Qais Ahmad (0) the not out batsmen.

Hose would be stumped by Billings off the bowling of Denly for 8 before Benjamin would be caught & bowled by Matt Milnes for 11. Rob Yates would be bowled by Ahmad for 19 before Sam Hain would be LBW to Jack Leaning for 5. 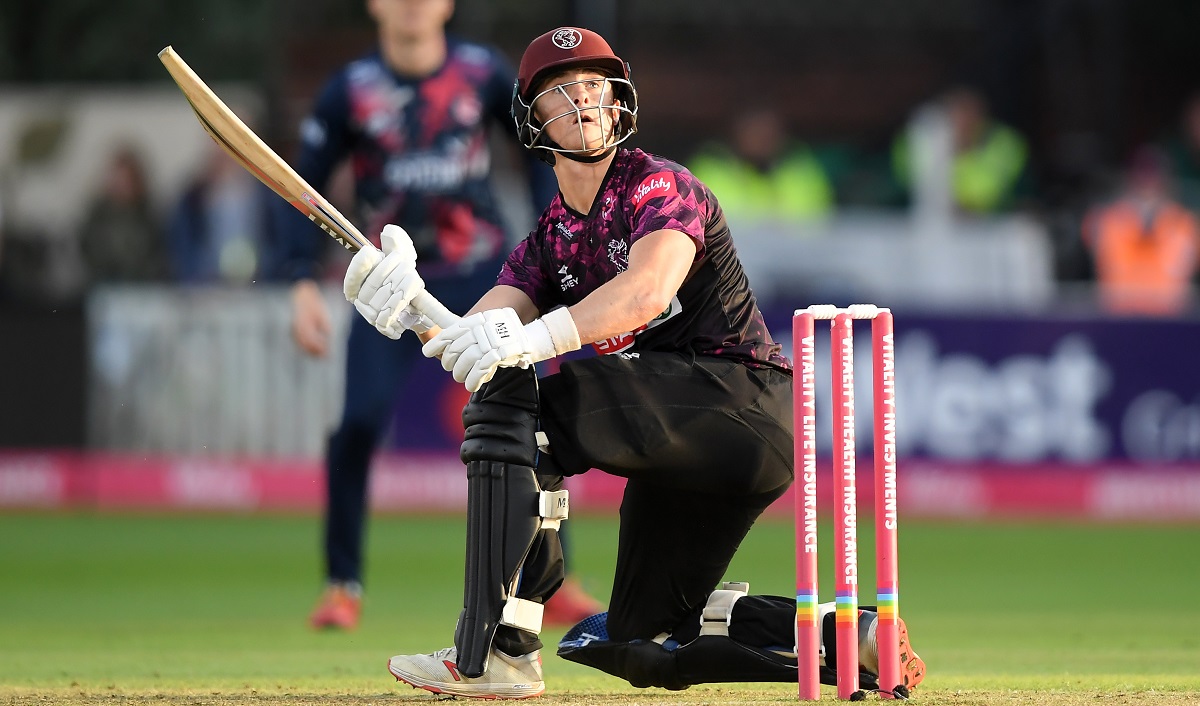