It’s a bit of a bummer that the Formula 1 season kicked off at Bahrain and then we had a three-week break before we get to the second race of the season at Imola. It’s slightly strange to see such a huge break in a season where we have as many as 23 races on the calendar, the most in the history of Formula 1.

However, keeping that aside, even though we’ve had two weeks without any racing there’s still a lot to talk about in Formula 1. Let’s look back at the top 5 stories of the week that went by.

There are pessimistic teams in Formula 1 and then there is Mercedes. The German Formula 1 world champions for the last seven years have sounded downbeat every time there has been a discussion around the competitiveness of their 2021 challenger. The team that won the first race of the season conceded after the race that the Red Bull was the faster car.

To add to that, Mercedes now feels that the current restrictions in development that have been put in place would mean that it would be hard for Mercedes to close the gap to Red Bull. Contrary to the last few years, this year Mercedes appears to have a car that is not the outright fastest in the field. It became apparent in Bahrain that Red Bull had the faster package when Max Verstappen was able to qualify on pole with a gap of almost four-tenths to Lewis Hamilton.

The question though is whether Mercedes’ fears are justified or not? At least for now it seems that the gap between the two teams is getting blown out of proportion. Lewis Hamilton was able to keep Max Verstappen in check in the first stint(albeit Max had a differential issue) of the race and even though Max had the pace advantage over Hamilton in the closing stages of the race the gap is certainly not insurmountable by any means in Formula 1. Writing off Mercedes? Do it at your own peril.

No intra-team rivalry for Alonso and Ocon at Alpine

Alain Prost, a driver who was famously involved in two legendary Intra-team title battles during his career has cautioned against any brewing intra-team rivalry between the two Alpine Formula 1 drivers. Fernando Alonso and Esteban Ocon are notoriously two hungry drivers currently on the payroll for Alpine Formula 1.

With Alonso making a return to Formula 1 and in the twilight of his career while Ocon, desperate to make a mark in Formula 1, the probability of potential fireworks at Alpine is very high. Alain Prost has cautioned the team that there is supposed to be a healthy rivalry between the two drivers but it should not turn toxic and to the detriment of Alpine’s pursuit for success in Formula 1.

In my view, with Alonso and Ocon, the rivalry and its success will be contingent on how competitive Ocon is. If Ocon reaches a stage where he’s able to consistently get the better of the Spaniard then we will be in for one of the spiciest partnerships in Formula 1. However, if Ocon is slower, it will be rinse and repeat for Alonso. Just like he has dominated multiple teammates in the past.

The Red Bull senior management just does not like Pierre Gasly. Why that is the case is slightly deep-rooted for now but if there is one thing that is clear as day is the fact that Pierre Gasly will not be driving for Red Bull Racing in Formula 1. Arguably the second most, if not the most impressive driver in the Red Bull stable right now, Gasly is the only driver that seemingly can’t catch a break against the likes of Helmut Marko and Christian Horner.

In the weeks since the Bahrain Grand Prix where Gasly qualified ahead of the new Red Bull recruit Sergio Perez, every Red Bull driver barring Gasly has been the subject of praise for Red Bull’s Formula 1 advisor Helmut Marko. Yuki Tsunoda was touted as a future Formula 1 superstar, Sergio Perez was termed resourceful and smart while Max Verstappen is, well, he’s the best on the grid. For Gasly however, the only thing Helmut Marko could comment on was how the Red Bull protege Max Verstappen would have pulled a lap that was two and a half tenths up on what Gasly did at Bahrain in the Alpha Tauri.

It’s hard to argue that Gasly has turned things around ever since he lost his place at Red Bull. But it’s also hard to argue that there’s something about Gasly that doesn’t fit well with Red Bull and they are not interested in promoting him to the top seat. The 2021 season is going to be an audition of sorts for Gasly, he has to showcase the best of his abilities and look at life beyond Red Bull because he seems to have hit the ceiling at Alpha Tauri.

Ralf Schumacher offers a piece of advice to Sebastian Vettel

Poor Sebastian Vettel has been the subject of everyone’s ridicule ever since his disastrous debut with Aston Martin. Everyone from Damon Hill to David Coulthard has given their two cents on his plight in Formula 1 in the last few weeks. The latest addition to the list is the former Formula 1 driver and Michael Schumacher’s brother, Ralf Schumacher.

The former Formula 1 race winner gave his suggestion to the 4-time world champion where he suggested that Vettel needs to “stop whining” about the car and start enjoying life in Formula 1. In what seems to now be an overreaction to a bad weekend, Sebastian Vettel’s debut at Aston Martin has people drawing too many conclusions after just his first race of the season.

If Vettel shows the same form in the next 5-6 races then it would make sense for the pundits to jump to such conclusions but for now, it still seems a bit premature. Personally, though, I’d love to see the return of Sebastian Vettel of old and shut the mouths of the s0 called “Pundits”. Will it happen? I’ll hold that thought for a couple of races.

Nico Hulkenberg makes a return to Formula 1 with Aston Martin

Nico Hulkenberg, in my view, one of the unluckiest drivers in the history of Formula 1, has been signed up by Aston Martin as the development and reserve driver. The move doesn’t come as a surprise as the world is still reeling from the effects of Covid-19 and just like last year, there could be a situation where Hulkenberg might be needed to fill in for either of the drivers.

There is a parallel line of thought as well where it appears that Hulkenberg has been signed to evaluate his performance against the two drivers that are part of the team right now. It will be interesting to see if Hulkenberg can find a place at Aston Martin next year when the regulations change and the gap between the teams would shrink considerably. But, let’s be fair, looking back at Nico’s career, if something like this was supposed to happen, it would have happened by now.

This week we will have the second Grand Prix of the season at Imola. After the spectacle of the first race, it would be interesting to see what will be in store for the fans in the battle between Max Verstappen and Lewis Hamilton. 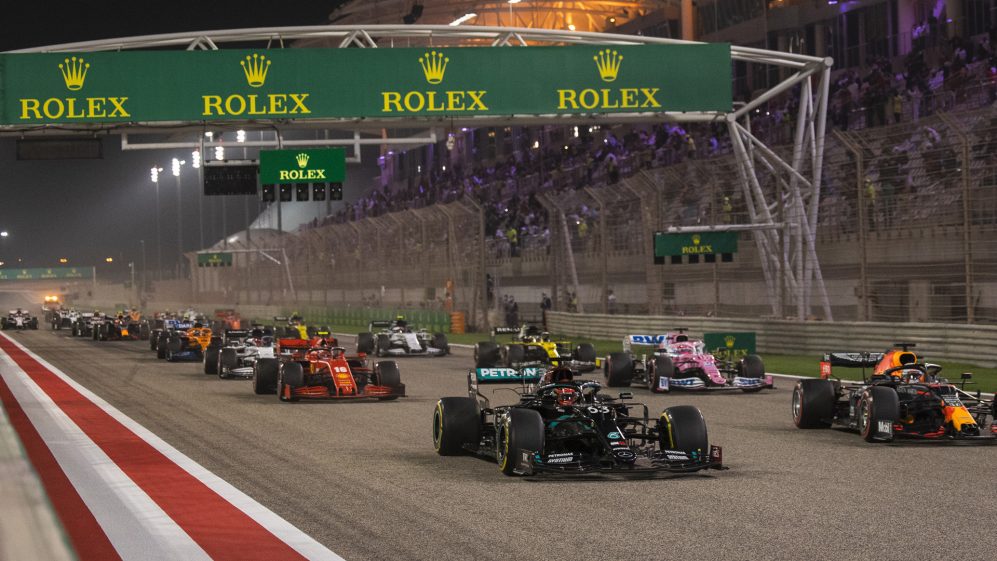