A win would earn Logano one of the four spots for the finale. So obviously if he didn’t try something desperate, his chance at a Cup championship might disappear with it. Who’s to say really whether or not it would work out in the next two races, where anything is liable to happen.

For a number of laps, it looked like Keselowski might end up racing him for the win, however, given that Keselowski’s teammate was still in the Chase and he was eliminated, he did not force the issue. This led to the trio of Truex, Busch, and Hamlin eventually catching them up, Truex ultimately ended up being the driver that challenged Logano for the lead spot. Truex managed to get by Logano and appeared to be in good shape to get the win and book his spot to Homestead.

But on the final lap, Logano had one real chance to take his shot, so it was no real surprise that he took it, using his bumper to shake Truex. As both cars raced to the line leaning on each other as they headed toward the finish line, Logano beat out a spinning Truex, with a fast charging Hamlin taking runner up.

“Miami, just thinking about Miami,” Logano said. “I knew it was going to be a fun race there to the end. Martin was definitely better. Our car was good there on that last run, and I was just being as defensive as I could. We were racing hard, he was getting into my left-rear. We were both running hard, as you expect. You’ve just got to expect, Martinsville, at the end of the race, you’re going to have some bumping and grinding there at the end.”

As would be expected Truex had his own side of the story.

“He may have won the battle, but he ain’t winning the damn war. I’m not going to let him win it (the championship). I’m going to win it,” Truex fumed.

Next Sunday we head out to Texas for the second race in the round of 8. 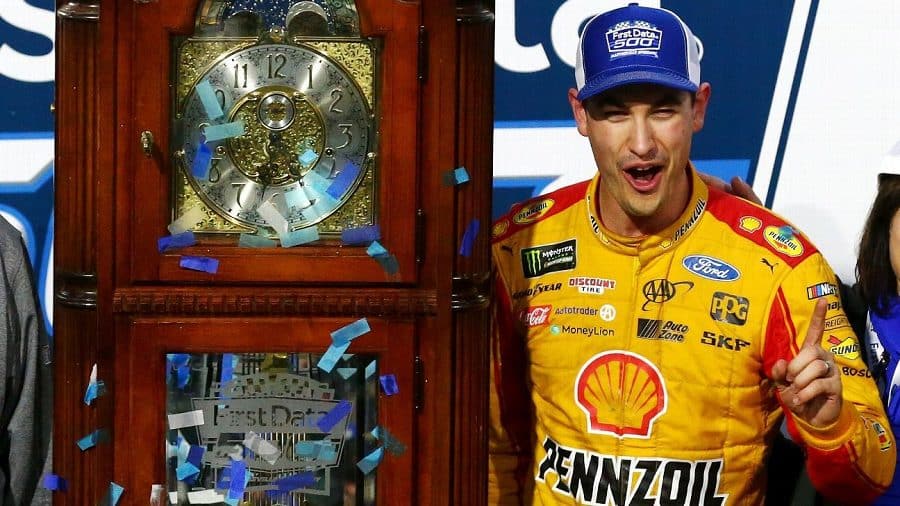