Kevin Harvick led all the way in the 10-lap concluding segment of the race, pocketing $1 million for the victory.

A wreck involving Kyle Larson and Joey Logano put a wrinkle into Harvick’s seemingly comfortable victory, he would have to win one final late race restart instead.

He outran second-place Daniel Suarez by .32 of a second. Logano, Denny Hamlin and Chase Elliott completed the top five. Logano played a big role in the finish, giving Harvick a huge push to keep him in front of Suarez in the final moments. Hamlin made a blunder,losing contact with teammate Suarez.

“Our car was super-fast,” Harvick said. “I could accelerate well. I was not very good on the bottom. I would push and slide. But in a straight line this thing was a rocket.”

With three laps left in the race, Logano bounced off the outside wall after being pinched in by Larson. Logano showed his displeasure with Larson, sending him spinning across the grass separating the front-stretch from pit road and slowing the field for another late race caution.

“Overall it was a fun night. We went back to the front and back to the front; I think we passed the most cars,” Logano said. “It was a lot of fun racing with nothing to lose. I wish every race was this much fun, where you just go for it and don’t think about anything else. Not the million dollars, not the goal, but we had a good time.”

The big wreck that included Martin Truex Jr., Brad Keselowski, Clint Bowyer, and Kurt Busch. Also involved was Matt Kenseth, Austin Dillon, Stenhouse Jr,and Pole sitter Matt Kenseth were able to stay in the race and salvage decent days. Truex came down on Stenhouse, not leaving him with any real breathing room, the inevitable happened, as Stenhouse clipped the back of him, causing the chain reaction.

There were 12 lead changes among 7 drivers during the 4-stage race. Kyle Busch won Stage 2 while Harvick dominated the rest of the race winning Stage 1 and Stage 3 along with the final ten.

Chase Elliott was eligible to race in the NASCAR Cup All-Star Race after winning the Fan Vote, Elliott’s been voted in for a record-breaking three years straight.

Next Sunday will be a repeat of the All Star Race,as they restart the season at Charlotte Speedway. 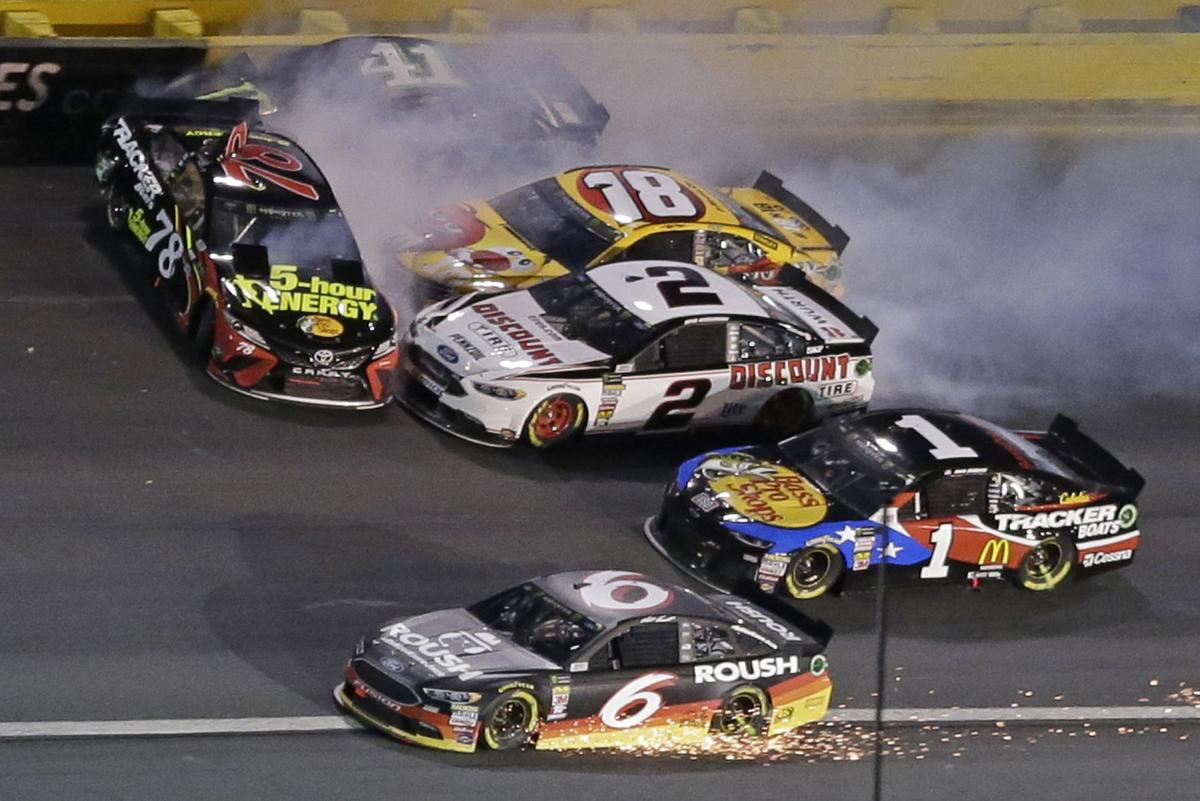