The first day of the inaugural Test at the refurbished stadium in Motera, Ahmedabad, had just given the Indian team fresh hopes of making it to the much-anticipated World Test Championship (WTC) final later this year before skipper Virat Kohli’s wicket in the final over of the day to Jack Leach, balanced things out.

India bowled well, but England batted worse, bringing along with them the scars of the second Test loss in Chennai, to start the Day & Night Test on a very poor note. By the time twilight struck, Joe Root & Co. got wrapped up for a paltry 112 and India took the crease, and looked firmly in control.

To go forward, or stay back was the perennial question. It was in the middle of such confusion that England collapsed, thanks to lack of any footwork whatsoever from the batsmen.

It was a sense of deja vu for England who were dismissed for 58 in their previous pink-ball test in New Zealand three years ago.

India started off well and looked set for a massive opening stand, before Shubhman Gill tried a pull and top-edged Jofra Archer. India’s giant No. 3, Cheteshwar Pujara, was trapped in front by Leach five balls later for a duck as he stretched forward and played for the turn but the ball went straight with the arm and struck him on the pad.
India were 34-2 and the evening looked full of possibilities for England once again before Rohit Sharma (57 batting) and Virat Kohli (27) eased things a bit.

It looked like a good toss to win for England and Root probably called it right, electing to bat first. Zak Crawley, to his credit, almost did a Rohit Sharma here in the first session of the game on a pleasant afternoon, batting extremely well for his 84-ball 53, as the ball swung, and soon began turning too.

However, as wickets began tumbling at the other end — with India’s frontline spinners Axar Patel (6-38) and R Ashwin (3-26) spinning a neat web — it soon appeared that losing the toss wasn’t such a bad thing after all.
England batsmen were guilty of playing from the crease and it hurt them badly. They also played for non-existent turn and saw the ball either hit the stumps or their pads.

The damage began with Ishant Sharma beginning his 100th Test match on a roll, surprising Dom Sibley with the bounce and getting him to edge to Rohit Sharma at second slip. Soon the spinners took over as the ball began turning and bouncing with the odd one going straight, causing the visiting batsmen to freeze.

Bairstow, Root, Stokes, Pope, Foakes and Archer — they all fell, more or less, in similar fashion.

Crawley’s effort was the only silver lining for England. Having missed the first two Tests due to a freak wrist injury, the stylish right-hander’s driving was elegance personified as he hit 10 boundaries during his innings.
England’s bigger blunder though will be that they went into this game with merely one spinner, while India picked three — replacing Kuldeep Yadav with Washington Sundar, who did not bowl a single over.

Sundar wasn’t required to roll his arm over simply because Patel and Ashwin bowled 37.4 of the 48.4 overs between them, sharing nine wickets among themselves.
“The pink ball had more glare, so it was skidding more after pitching. I got more skid on this wicket than Chennai,” Axar later said.

“I didn’t expect to pick six wickets on the opening day but obviously, I was confident after picking up five wickets in Chennai,” he said. “The Chennai performance gave me confidence that I can do well with pink ball and if the wickets supports, I can put the batsmen under difficulty.”

He revealed that contrary to expectations, the ball was not turning much and that’s why he and Ashwin concentrated on bowling at the stumps.

“The wicket was skidding so I was focussing more on under-cutting the ball. I tried to bowl a lot faster so that I can take more advantage with the new ball,” he said. 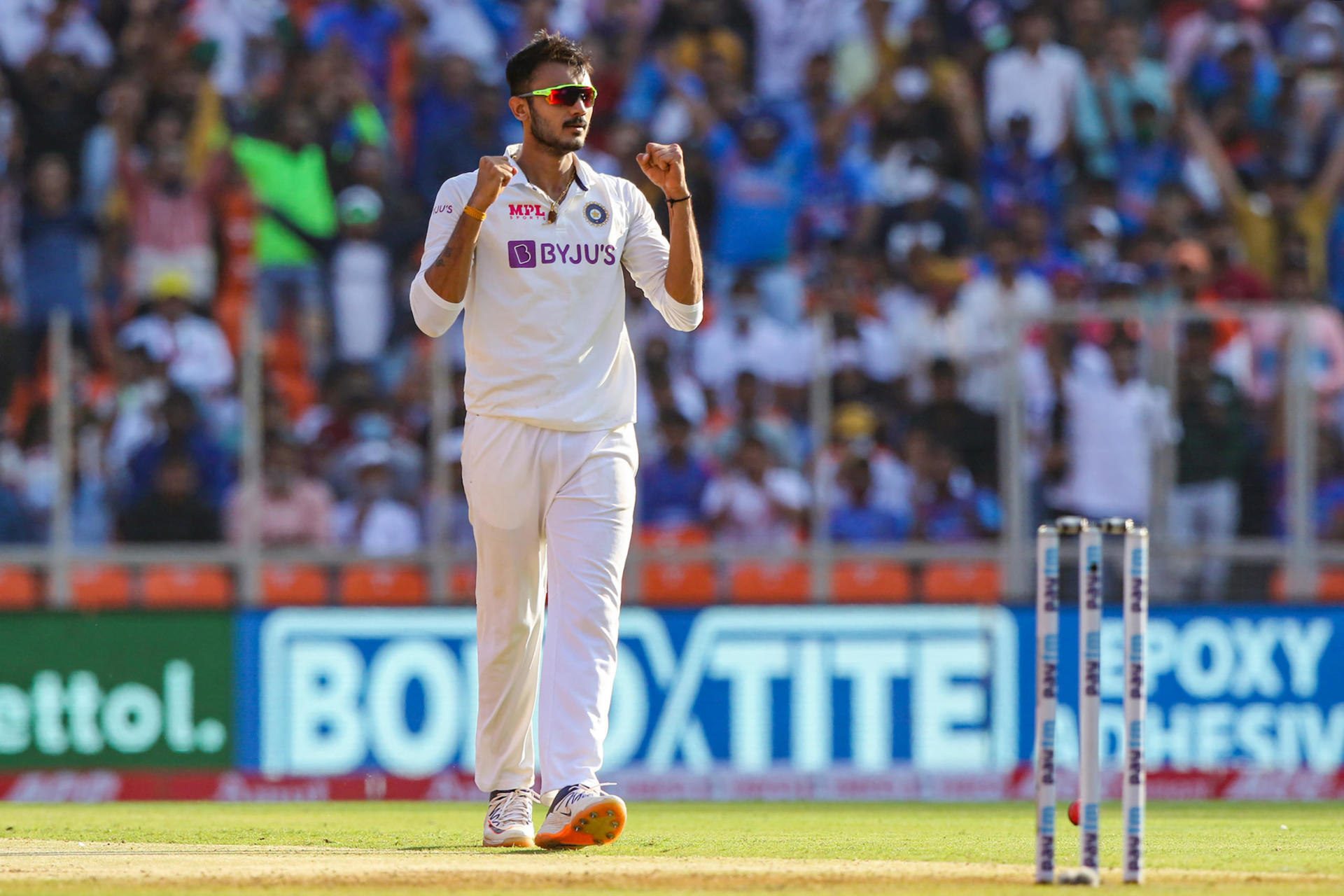