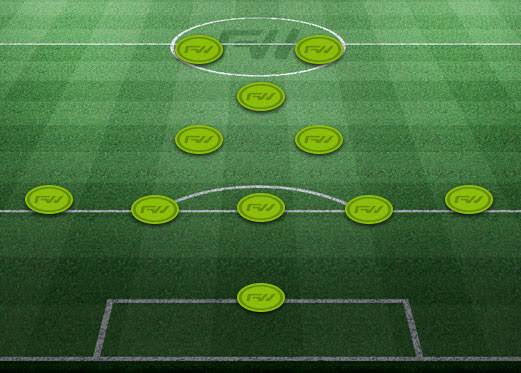 Well the attitude, the hardwork and the passion is the most important things for a football team to reach its glory moment but….. The tactical side also plays an important, if not the most important role whether it is the good old 2-3-5 or the modern 4-3-3 (2) formations.

Hey guys it’s Abhinn and from today, I’m gonna teach you how to BREW GLORY in the mental and tactical side of sports

So the formation I’m going to first on my first day of teaching y’all about these stuffs, is not a very famous or most used or even the favourite formation of an international coach or mine. But, as by my perspective, this formation is quite misunderstood when we see it’s nature of play, we think (by looking 5 at the back without an wide play) that this line-up is negatively defensive. Well, you sure are true it is negatively defensive and if one would try to get the attacking on from the wing-backs, he might imagine the raw, dusted and sweaty faces and bodies of the players running up and down until the final whistle

THE CORRECT WAY TO PLAY

Well with this formation, you should forget about wing attacks if you don’t have full backs like schópf or Kyle Walker or Alaba or Marcelo, who’ll no doubt run, run and run for days. But the best way to play this formation without any hassle or fatigue of your players (which is quite important given the situation you have many cups and tournaments to play), is to play it like 4-1-2-1-2. You can play the fast and increasing passes with your two centre midfielders, one attacking midfielder and two Strikers.

You can also overload the midfield for choking the opposition by putting your player at the centre of the back five (who’ll be a CDM (center defending midfielder) Instead of a CB (center back) into the trio making it a diamond for the INVINCIBLE “diamond passing”.

Your number 10 (the attacking midfielder) will be the source for free roaming, playing precise passes and milking his way past the defenders

The two strikers are your main source of attacking, which in fact will be made a counter attacking scenario in which one of the two strikers will drift wide for supplying the ball in the opposition’s penalty box while the other will stay central and be a “target man”

-Tough to break down

-Ability to hit a team on the counter

-Tough to keep a team motivated while defending all game